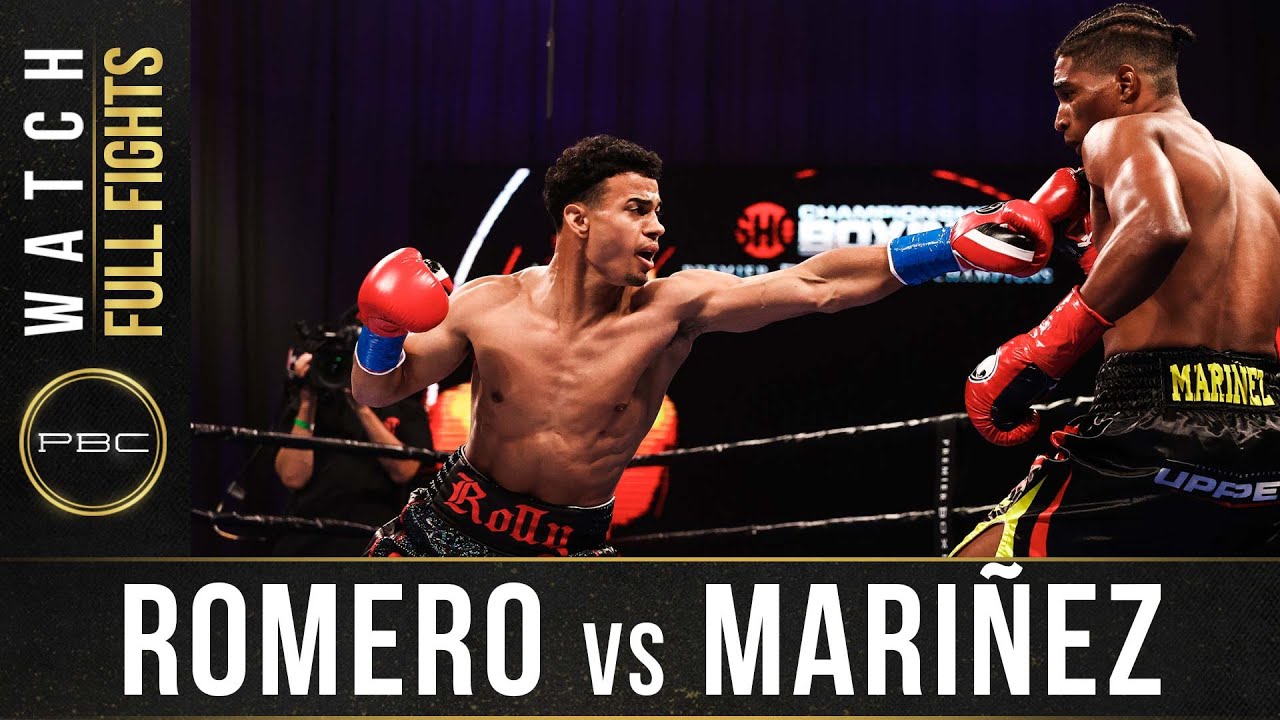 The story of the fight was Maríñez’s reliable jabs as the Dominican fighter won the battle in that department (14 percent compared to Romero’s 10 percent). It was Romero, however, who held the advantage on power punches connecting on 24 percent (31 of 228) compared to 18 percent for Maríñez (72 of 401).

“I don’t think I had a bad performance,” said Romero, who confidently predicted a brutal knockout would end the bout in his pre-fight comments. “I thought I won the fight. Regardless of everything, I’m the world champ now. I’m happy.”

Romero suffered a slight cut above his left eye in the ninth round on a head butt, but it didn’t seem to affect his performance in the championship rounds. “He came out a little bit tougher and slicker than what I thought,” Romero said. “But all he did was move around the entire fight. He didn’t even try to engage. It’s hard to knock out someone who doesn’t try to engage. I hurt him multiple times with body shots and a few hooks. There was one moment I hurt him with a right hand and he pulled my head down. It was just hard to finish him off.

“Yeah [I would give him a rematch]. He didn’t do anything special.”

The 29-year-old Maríñez, who holds the WBA’s No. 6 ranking, is trained by Robert Garcia, who was not present in the Maríñez’s corner electing not to travel cross country from his Southern California home.

“That was pure robbery,” Maríñez said. “I won the fight. I out-jabbed, out-boxed him. You could tell he didn’t think he won the fight right afterwards. It’s a robbery.”

Jake Paul Exclusive 😤 Arrogant Tommy Fury Will Be Over ‘In Three Rounds or Less’
Kownacki vs Kiladze FULL FIGHT: January 20, 2018 | PBC on Showtime
Amanda Serrano: “Undisputed Is The Icing On The Cake”
Editor’s Letter: Yarde’s performance against Beterbiev demonstrated not only his quality but the importance of experience
Jarrett Hurd: I’m in a New Weight Class, Looking To Dominate Like I Did at 154