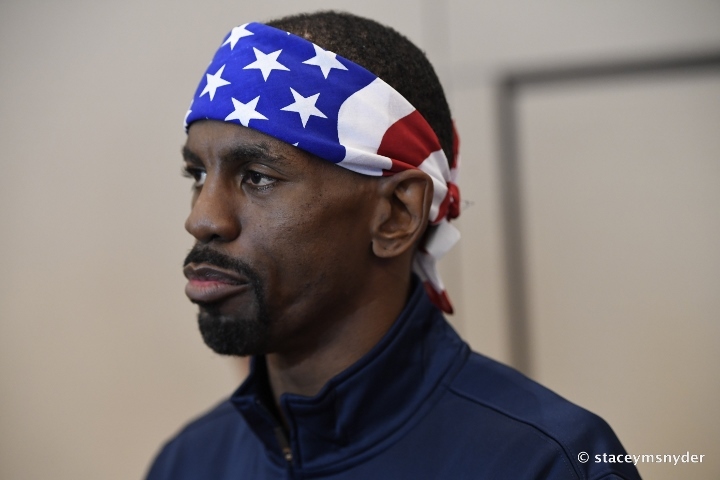 State Farm Arena, Atlanta, GA – Jamel Herring suffered his first defeat since 2017, when he was stopped in ten rounds by Shakur Stevenson (17-0, 9 KOs), who captured the WBO super featherweight title and became a two-division world champion.

Herring (23-3, 11 KOs), 35-years-old, was coming off the biggest win of his career – an April six round stoppage of two-division champion champion Carl Frampton, who retired in the aftermath.

Stevenson seemed to be too fast from the very start. And his defense was very tight, with Herring unable to connect with a lot of his punches.

Herring offered no excuses in the aftermath.

“He’s sharp and slick. His hand-eye coordination is very good. No excuses. He was just the better man tonight,” Herring said.

“He was the better man, and even when I knew I was down I tried my hardest to push forward, no matter what. There was no quit in me, but overall I wish Shakur the best! Thank you all.”

After controlling the entire first half, Stevenson slowed for a few rounds – but then he turned up the heat around the eight and began to land numerous punishing shots.

During the tenth, Stevenson was coming forward and dropping hard shots. He was doing damage on Herring. And the referee had seen enough and stopped the fight.

For the last few years, Herring has been trained by Brian ‘BoMac’ McIntyre, who is best known for his work with WBO welterweight champion Terence Crawford.

He was impressed by the work of Stevenson.