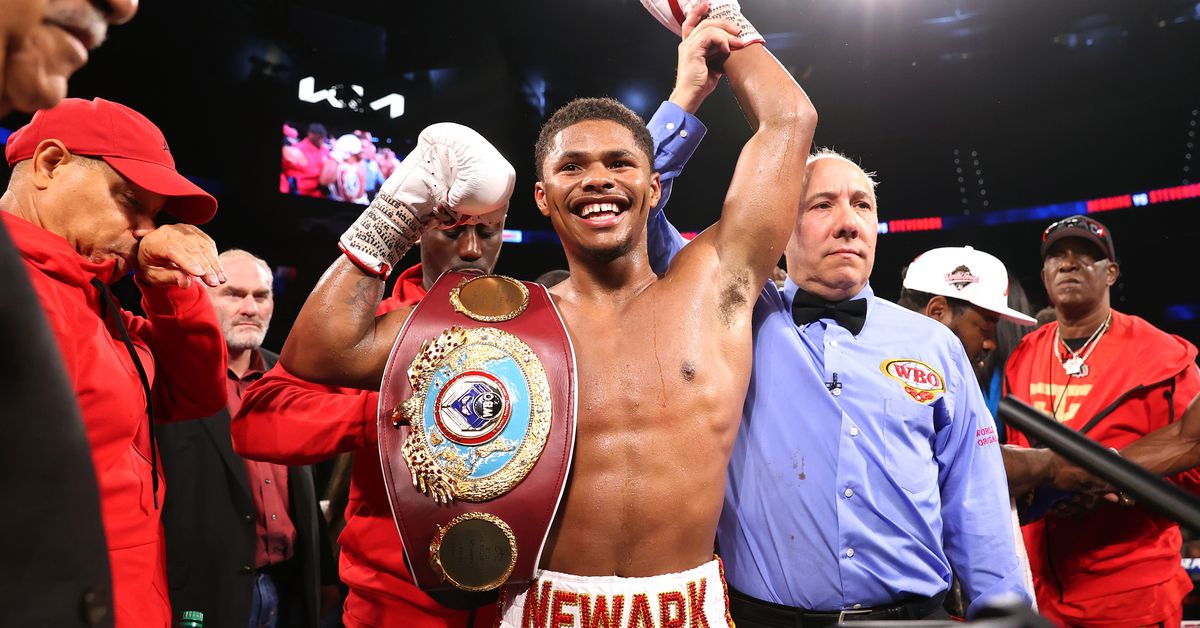 Not even two months ago, when Oscar Valdez scored a controversial (for a few reasons) win over Robson Conceicao, we wrote then that the winner of the Oct. 23 fight between Jamel Herring and Shakur Stevenson was the only real option for Valdez next, including this bit:

Top Rank have guided themselves to what Bob Arum seems to really want, or at least has been his focus since that Valdez win over Berchelt in February, which is Oscar Valdez vs Shakur Stevenson. They’ve aimed to maximize that by maneuvering to Herring-Stevenson, with the idea that Stevenson will win the WBO title and set up a two-belt unification against Valdez.

Stevenson did win on Saturday night, dominating Herring to claim that WBO title, which could now be unified with Valdez’s WBC belt.

Not much else has changed since then as to why it’s the best fight for both next, so we’ll keep this one short and sweet, and y’all can just talk about it.

There’s no reason to not do Valdez-Stevenson — or Stevenson-Valdez, I don’t know what the marketing would be — as the next fight for both. There are reasons it won’t happen, because this is boxing, but there’s no good reason not to do it.

There is simply nothing else for either of these guys to do at 130 that is going to get anyone excited, and it’s clear that Top Rank and ESPN want to make Stevenson a star. That requires Stevenson to live up to the hype, which he did on Saturday, and also requires good opponents, which Valdez would be.