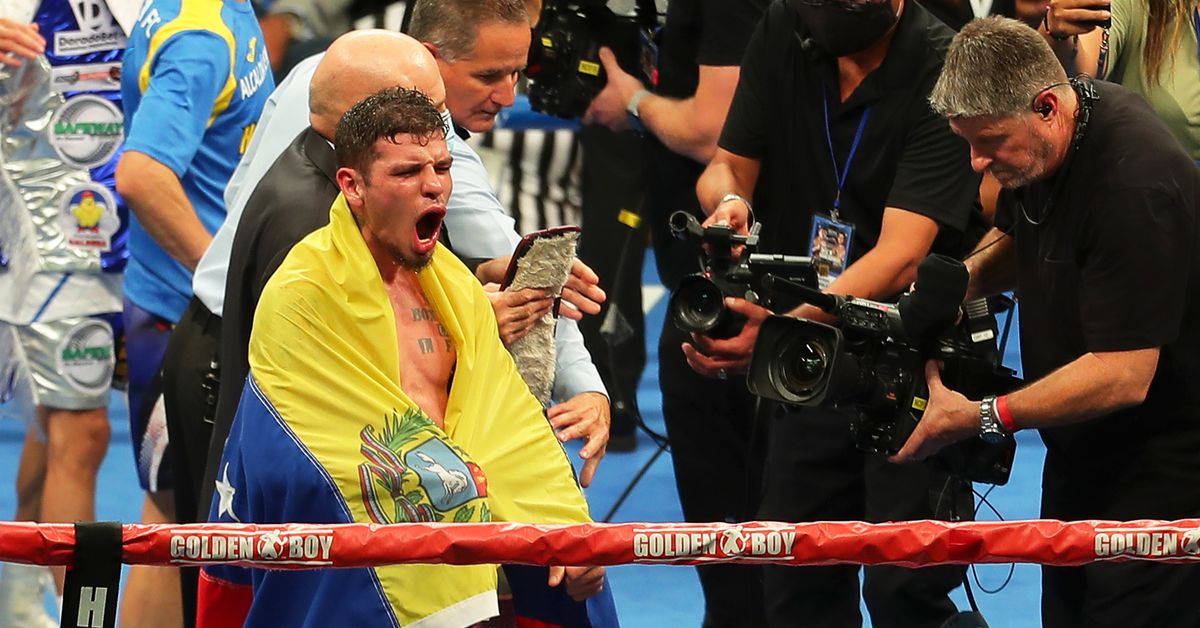 Dan Rafael reports that WBA “world” super featherweight champion Roger Gutierrez and interim champion Chris Colbert, whom the sanctioning body ordered to fight for the now-vacant “super” title earlier this year, are “penciled in” to fight February 19th on Showtime.

Venezuela’s Gutierrez (26-3-1, 20 KO) seemed destined for opponent status after falling short against Rene Alvarado, Hector Tanajara, and Oscar Duarte, only to reignite his career by upsetting Alvarado for the title in January. He kept the momentum going seven months later with a decision win in the rubber match, and now that the WBA finally committed to paring down their belts, he’s got a shot at the real thing.

He figures to be a sizable underdog against Colbert (16-0, 6 KO), who’s coming off of strong wins over Jezreel Corrales, Jaime Arboleda, and most recently late replacement Tugstsogt Nyambayar. “Prime Time” definitely looks like the goods at 25 years old, though Gutierrez will undoubtedly make him work for it.