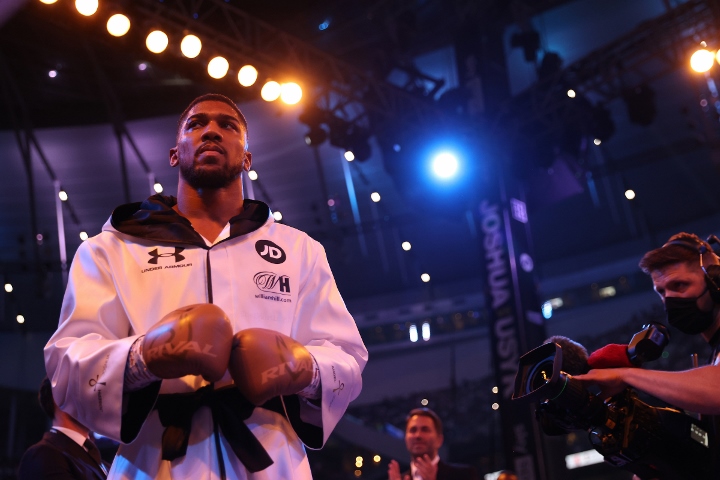 Unified heavyweight champion Anthony Joshua has broken his silence on the recent trip to the United States, where he was spotted with several high profile trainers.

The trip comes in the aftermath of last month’s twelve round decision loss to Oleksandr Uysk, who walked away with the WBA, IBO, WBO, IBF world titles.

A rematch is now being positioned to take place in the month of March.

Joshua’s trip fueled heavy speculation that he was splitting away from longtime trainer Robert McCracken.

Joshua denies that he split from McCracken and explains that he was simply exploring the different gyms to learn new things – and is open to the idea of expanding his training staff.

He does admit, that McCracken would also have to embrace the scenario of working side by side with a new trainer.

“Rob might tell me, ‘You know what champ, this ain’t working for me. For the next six months, you do your thing and come and see me after.’ It’s mature conversations. My life, my health is on the line.”

“I need to go and get some new teachings from guys that have trained – Robert Garcia trained 13, 14 world champions. They’ve got so many generations of teachings. Virgil Hunter trained Andre Ward, a phenomenal fighter. I wanted to go around and be in an environment of fighters. Eddy Reynoso, ‘No boxing, no life.’ I love that saying. Canelo is obviously a phenomenal fighter. I watched him spar 12 rounds, asked certain questions. Ronnie Shields, another African American coach who has worked with the greats.”