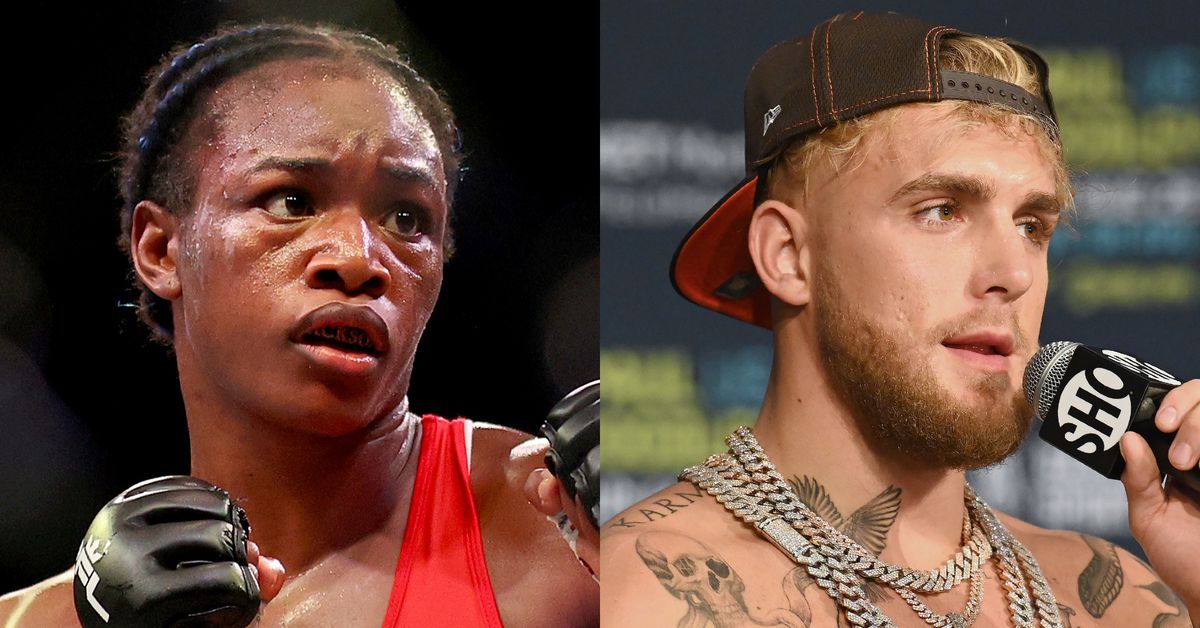 Boxer/mixed martial artist Claressa Shields seeks to double her win output in the MMA realm, when she faces off with Abigail Montes Wednesday night on a PFL card.

At a Monday presser, the two-time Olympic gold medalist who holds an 11-0 record in boxing, touched on many topics, with her traditional pull-no-punches style.

Shields’ frustration with the pugilism racket has made her less afraid to speak her entire mind — not that she’s ever seemed a bit shy about that previously.

She decided to compress years of MMA training into a shorter span after coming to a point where she felt like she, and women’s boxing as a whole, weren’t receiving the deserved love and attention in America. She’s seen plenty of women climb the ladder in the MMA world, get featured slots on UFC shows, and wonders why the powers that be in boxing don’t push harder to make women’s bouts more prominent.

In October of 2019, she informed the masses that she’d be training to become a dual threat. In June, she made her MMA debut in the PFL cage against Brittney Elkin, scoring a stoppage in round three.

The 26-year-old offered her thoughts on her next opponent.

“I am 1-0 in MMA,” she said. “I’m not 12-0. She has experience (Montes is 2-0). She has a kickboxing background. I watched her fight and she takes girls down. She’s a ground and pound girl. She throws kicks. She throws punches and combinations and stuff. I have to be very alert for this fight…I’m not taking her lightly and I don’t think she is taking me lightly.”

She touched on time, and how it’s passing. “Well, if I was 30 I wouldn’t be trying MMA. I am 26 so I have a lot of time to learn and I don’t have to rush myself. Next year I can fight in the PFL tourney at 27 and then 28. I think 2023 is the golden year. I will get the chance to get a lot of experience inside the cage and become a great fighter.

“I was great at boxing and made a great career out of it. If I become PFL champion that will be great and I can be champion at both at the same time. I don’t think you can do combat sorts if you just like it. You have to love fighting and if you don’t, you’re not going to last long.”

Boxing is still her number one crush, I think; she was asked about some possible dance partners in the near future.

It’s clear she is still smarting to a degree about how it went for her at Showtime, the premium cable outlet which put more funds and effort into spotlighting Shields than they, HBO, or any other American platform have to this point.

“I have proven myself over and over and over again and I never fought pay-per-view on Showtime,” she said. ”I fought in a main event and I sold out arenas, but they won’t pay us even as men. We put on great fights that are entertaining. They see us as valuable but not as valuable as the men. Hopefully they will open their eyes.”

And yep, she saved some spice for YouTuber turned part-time pugilist Jake Paul.

“Jake Paul? Please. Look, there are a lot of women in boxing that can beat up men, especially an average Joe like Jake Paul. If I was to spar Jake, which is all I would get because a real fight would be too embarrassing, right? But if we were to spar, I would use one hand — not even the banger, I’d use my jab and I could out-jab and hook and uppercut him and embarrass him. That’s how skilled I am. It’s not a shot at Jake, but he’s not as good a boxer as me.

And let me finish by putting this on the record, for real: I’d pay in Bitcoin to see Claressa Shields fight Jake Paul. Paul is a Showtime fighter now, Shields is kind of an anti-Showtime fighter, book it!

Mayweather Jr to fight reality star Chalmers
FUNNY!! • KSI w/ dad. ”WHAT DID YOU THINK KSI WOULD DO WHEN HE GREW UP? ” – #Shorts
Panel: How much interest do you have in seeing a rematch between Liam Smith and Chris Eubank Jnr?
Green joins Jake Paul group ahead of Feb. fight
SPARKS FLY! Eubank Jr vs Smith presser DESCENDS INTO CONTROVERSY | #Shorts