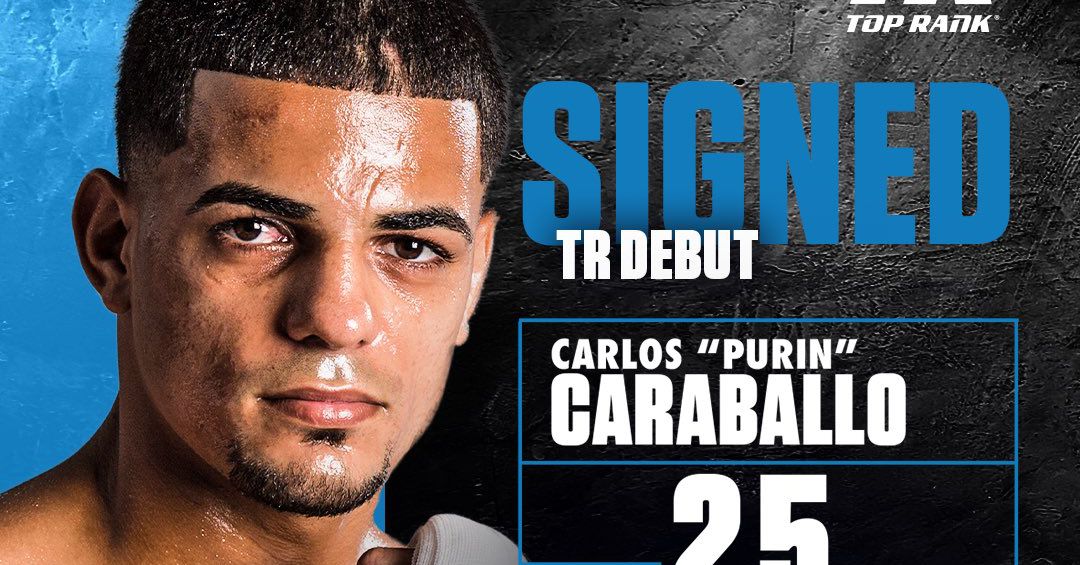 Top Rank looks to have high hopes for unbeaten Puerto Rican puncher Carlos Caraballo, as they’ve signed “Purin” to a “multi-year contract” ahead of his bout with Jonas Sultan this Saturday.

Caraballo (14-0, 14 KO), a strong amateur, has yet to go past six rounds as a professional. He last fought in March, stopping Leonardo Baez more quickly than Jason Moloney did in Baez’s previous fight.

Sultan (17-5, 11 KO) previously spent his career at super flyweight, notably beating John RIel Casimero by decision in 2017. He weighed in at a career-high 119 pounds for August’s stoppage of Sharone Carter, which marked his his second win since a 2019 loss to Athenkosi Dumezweni.

Caraballo doesn’t presently sit in any sanctioning bodies’ rankings, but that could change in a hurry, especially if he manages to put down the never-before-stopped Sultan.