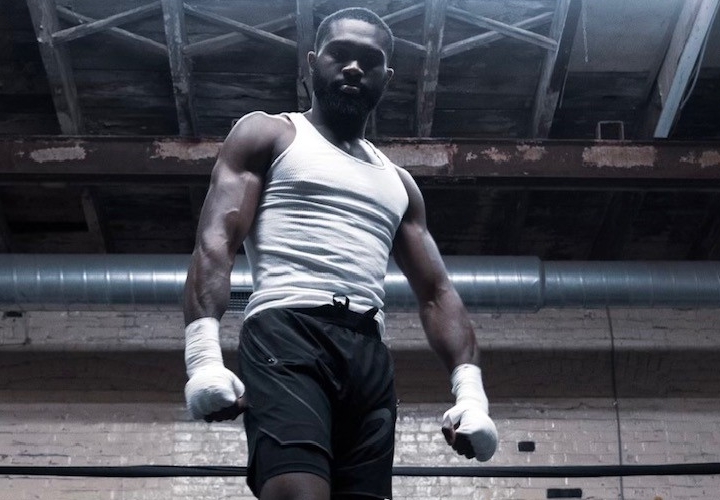 Ennis was busy warming up for the main event that night, his sixth-round knockout of Sergey Lipinets. Philadelphia’s Ennis hasn’t reviewed film of Stanionis’ closely contested, 12-round victory over Lipinets, either, because his father/trainer, Derrick “Bozy” Ennis, studies footage for the team to help prepare his son for fights.

The 24-year-old Ennis still has seen more than enough of Stanionis and Dulorme to know Dulorme should realize that theirs will be a much more difficult fight for him Saturday night than his loss to Lithuania’s Stanionis 6½ months ago at Mohegan Sun Arena in Uncasville, Connecticut.

“I wasn’t really watching the [Stanionis-Dulorme] fight,” Ennis told BoxingScene.com. “I was already locked in, getting ready for my fight. But some of the parts I did see, [Dulorme] was doing good with [Stanionis]. But I’m not Stanionis. I’m a whole different animal. I’m not a one-trick pony. I’m well-rounded at everything that I do.”

That said, Dulorme’s losses have mostly come against top opponents.

Three-division champion Terence Crawford (37-0, 28 KOs), who owns the WBO welterweight crown, stopped Dulorme in the sixth round of their WBO junior welterweight title fight in April 2015. Yordenis Ugas (27-4, 12 KOs), the WBA “super” welterweight champ fresh off his upset of Manny Pacquiao, out-pointed Dulorme in a 10-rounder in August 2017.

Dulorme since has suffered back-to-back, 12-round, unanimous-decision losses to WBA world welterweight champ Jamal James (27-1, 12 KOs) and Stanionis (13-0, 9 KOs), who is the WBA’s number one contender in the 147-pound division.

“I know he’s fought a lot of top guys, so it’s gonna be a great win on my resume,” Ennis said of Dulorme. “He been in the ring with a lot of people, so you could say that.”

James, a Minneapolis native, will defend his WBA belt against Russian contender Radzhab Butaev (13-0, 10 KOs, 1 NC) in the 12-round main event Saturday night. In the 10-round opener of this three-bout telecast, Dominican lightweight contender Michel Rivera (21-0, 14 KOs) will square off against Argentina’s Jose Matias Romero (24-1, 8 KOs).