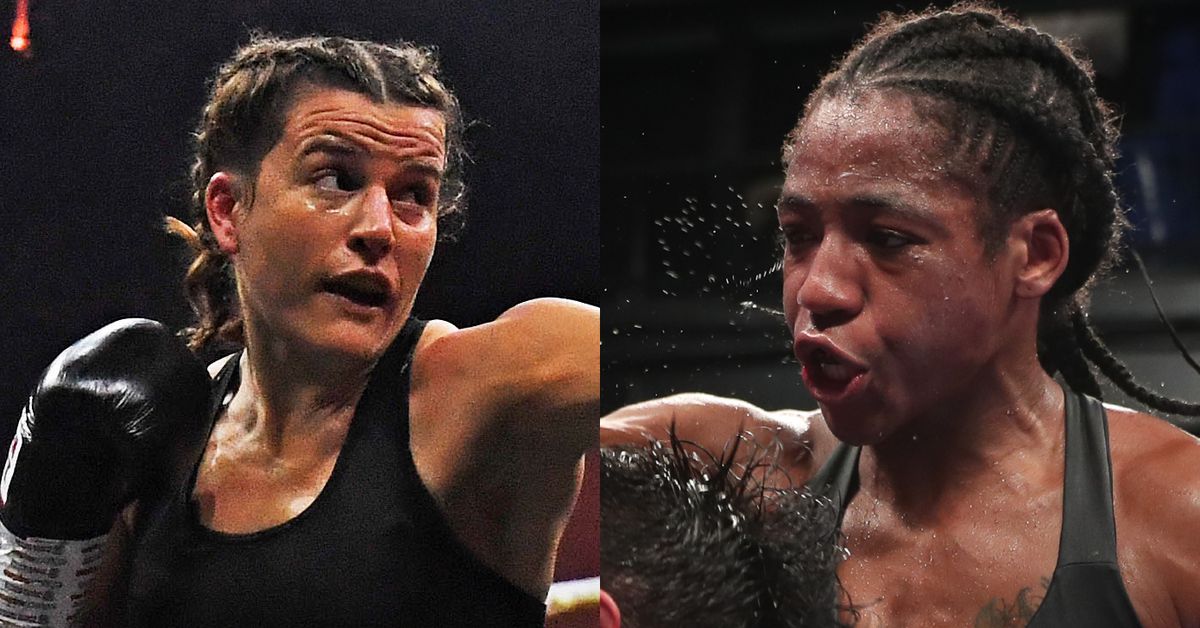 It’s a makeshift main event on Saturday, as Chantelle Cameron and Mary McGee were elevated into this role from their co-feature slot after Dillian Whyte vs Otto Wallin was canceled.

Cameron (14-0, 8 KO) comes in with the WBC 140 lb title, while McGee (27-3, 15 KO) has the IBF belt, so this is a two-belt unification, with the winner of this meant to face the winner of Kali Reis vs Jessica Camara. That fight will take place on Nov. 19, with Reis defending the WBA belt and the vacant WBO title also on the line.

The 30-year-old Cameron, nicknamed “Il Capo,” will have home field advantage in London, with 35-year-old American McGee coming across the pond for the fight.

Cameron has proven herself a true top quality fighter in the division, as has McGee, although over different time frames. McGee turned pro back in 2005. She challenged Holly Holm for a belt in 2013, losing a clear decision in Albuquerque, and challenged Erica Anabella Farias for a lightweight title five months later, losing another wide decision in Argentina. She finally picked up her first world title by beating Ana Laura Esteche in Dec. 2019, and made a successful defense two months later back near her home in Indiana.

Cameron came at the sport a different way, starting in kickboxing when she was 10 and moving to Muay Thai at 16. At 18, she transitioned to boxing, and became a good amateur, winning silver at the 2010 EU Championships and bronze at the same event in 2011, finally going pro in 2017. She won the vacant WBA belt last October, and defended in a mismatch against an aged, too-small Melissa Hernandez in May of this year.

Cameron will be the favorite here; she’s younger, she looks like the real deal, she’ll be at home, a lot of things point to her winning. But McGee’s a veteran, knows what she’s doing in there, and has her chance to really break through finally on the biggest stage she’s ever had.

Matchroom expected to have a real live draw for the main event, so they had a meaningful if not exactly “big” co-feature in Cameron-McGee, and then an undercard packed mainly with prospects and a couple other notables. With Cameron-McGee now a frankly underwhelming main event for most, it makes this undercard look worse, too, if we are continuing to be honest.

The most notable thing for many will be the return of cult favorite heavyweight Alen Babic (8-0, 8 KO), a 30-year-old Croatian known as “The Savage.” Babic is a tiny heavyweight by modern standards and would even be a small “bridgerweight,” but he sees no point in fighting at cruiserweight because the money is at heavyweight. He was one of the real folk heroes of pandemic boxing in 2020, appearing on three Matchroom cards and always throwing hands with wild abandon in victory.

Eric Molina (28-7, 20 KO) will be the opponent for Babic this time, replacing the originally scheduled Lucas Browne. The 39-year-old Molina is well past his best days — he was smashed in an IBF title shot against Anthony Joshua in 2016 in the biggest fight of his career — but is now useful to promoters as someone to bring in and give prospects a fight. Babic is kinda-sorta a prospect, kinda-sorta not, and there is the idea that Molina might turn it on a bit for one more night and get this win. But Babic is relentless, and his style coming at a guy on 39-year-old legs is going to be tough.