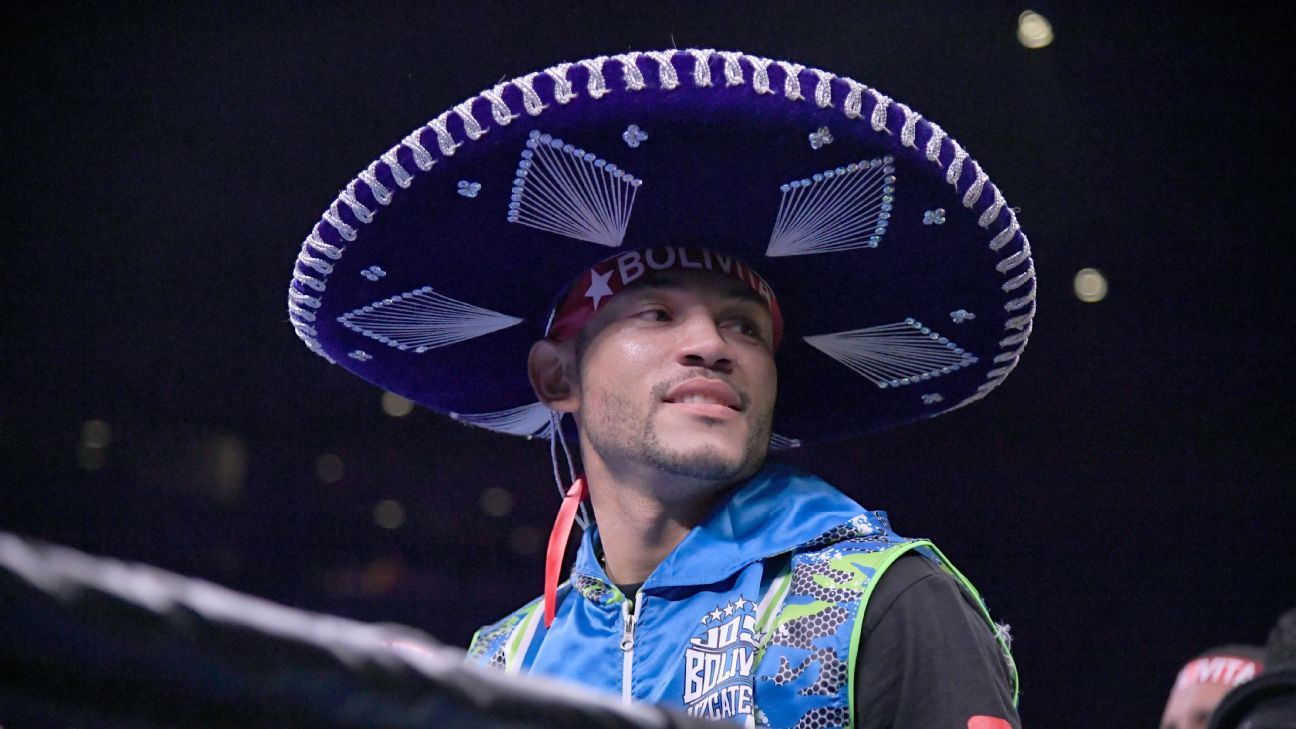 Benavidez, ESPN’s No. 2 super middleweight, will face a new opponent in the Showtime main event on Nov. 13 in Phoenix, Arizona, sources said.

Recombinant erythropoietin (rEPO), the synthetic version of EPO, is identical in its structure and a powerful performance-enhancing substance that increases oxygen supply and endurance. The A-sample result — a VADA test — showed an adverse analytical finding for the PED. The B-sample wasn’t tested yet but PBC, the organizer of the event, immediately pulled Uzcategui from the fight.

“EPO is possibly the most powerful PED that can be used by a boxer,” Victor Conte, the founder of Balco, told ESPN. Conte served time in prison after pleading guilty to conspiracy to distribute performance-enhancing drugs before founding SNAC, a sports nutrition company.

“It increases oxygen uptake and utilization which drastically improves stamina and endurance. Some have described the benefits to making an athlete like a machine.”

The Benavidez-Uzcategui matchup was originally scheduled for Aug. 28 but was postponed after Benavidez tested positive for COVID.

Benavidez (24-0, 21 KOs) will compete one week after Canelo Alvarez and Caleb Plant vie for the undisputed 168-pound championship. The 24-year-old is a natural opponent for the winner; like Plant, Benavidez is with PBC. Alvarez signed a one-fight deal with Al Haymon for the Plant bout but could stick around to fight the likes of Benavidez and Jermall Charlotte.

ESPN’s No. 4 boxer under 25 years of age, Benavidez was the youngest champion in division history. He was stripped of the title after he tested positive for cocaine in 2018. With his blend of speed, power and volume-punching, Benavidez has long been considered the fighter who has the best shot of upending Alvarez at 168 pounds.

Uzcategui (31-4, 26 KOs) also is a former champion. The power-punching Venezuelan fighter lost his title to Plant in January 2019. The 30-year-old was upset by Lionell Thompson two fights later.

Tommy Fury Exclusive 👀 “This fight Isn’t Going The Distance… IT’S OVER For Jake Paul!”
Ramirez vs Dogboe interim title fight official for Apr. 1 in Tulsa
Tyson Fury CHALLENGES Francis Ngannou “I’ll FIGHT YOU IN A STEEL CAGE RIGHT NOW!”
De La Hoya Eager To Sign Edgar Berlanga To Golden Boy: ‘Come Talk To Us, Or We’ll Fly To You’
Sweet D Files: Is pay-per-view driving fans away from the sport?