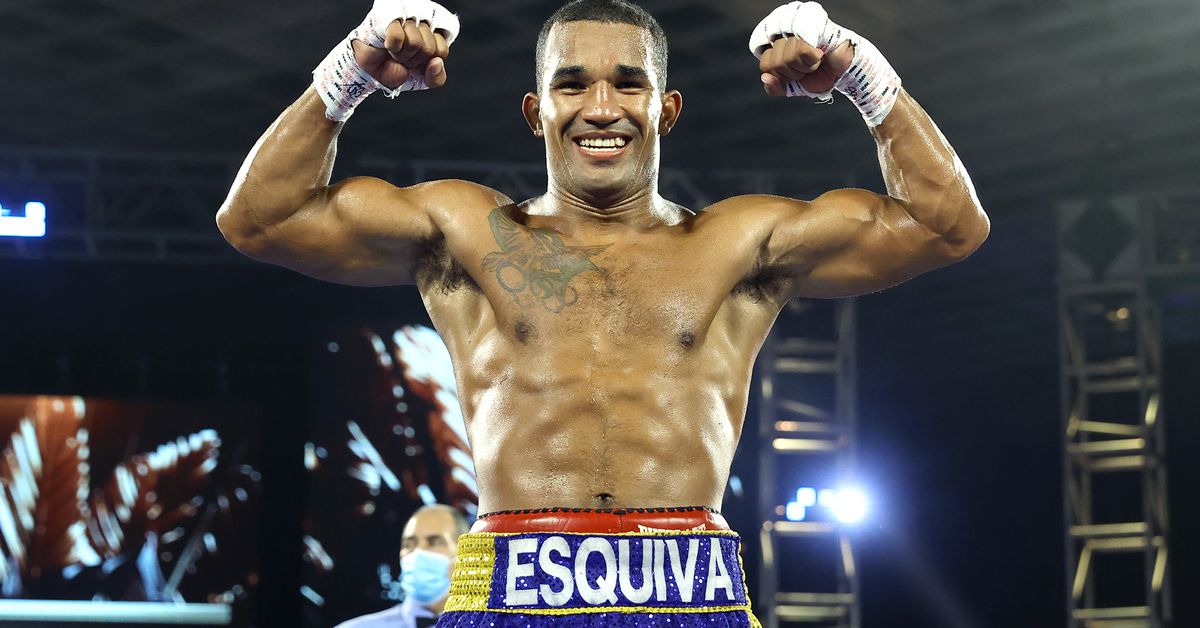 As revealed earlier this month, Isaac Dogboe takes on Christopher Diaz in the pre-PPV portion.

Falcao (28-0, 20 KO) vs. Volny (15-0, 9 KO) has a long and stupid history behind it. Volny was supposed to face Patrick Wojcicki in an eliminator last year, but when COVID protocols scrapped it, the IBF ordered Wojcicki to fight Falcao. Wasserman Boxing outbid Top Rank for the rights to that one, but failed to put together a date, allowing Top Rank to schedule it for this month’s Navarrete-Gonzalez undercard.

Then Wojcicki hurt his finger, and now here we are: two untested fighters, one with a significantly stronger amateur pedigree than the other.

Alimkhanuly (10-0, 6 KO) and N’Dam (38-5, 21 KO) were slated to fight on November 5th before the latter ran into visa issues. It’s a step back/sideways for Alimkhanuly, who beat down Rob Brant earlier this year.

The final face-off 🏆Anthony Yarde and Artur Beterbiev weigh-in ⚖️ 🥊#BeterbievYarde
‘ANTHONY YARDE PUNCHER’S CHANCE? vs Beterbiev? HAS ONE HELLUVA PUNCH!’ James Cook MBE
Showtime will be absorbed into Paramount+, so what could that mean for boxing?
Golub vs Monterrosa FULL FIGHT: February 17, 2018 | PBC on FOX
Eubank expected to activate rematch clause for Smith sequel