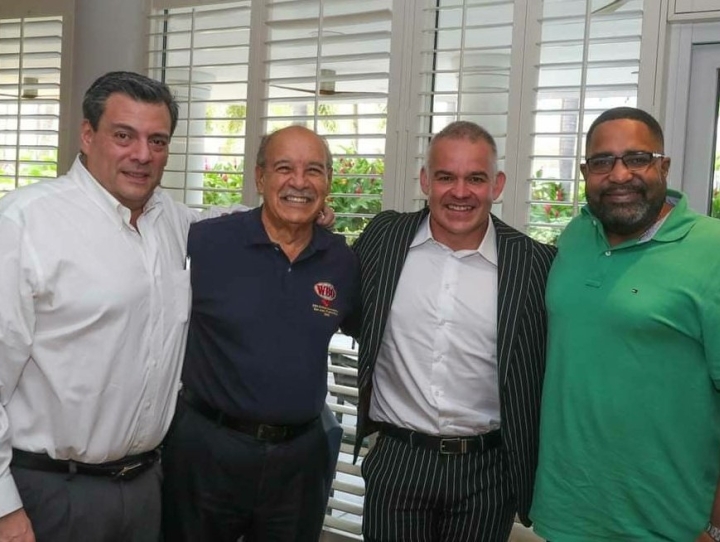 The latest sit down between the heads of the sport’s four most notable sanctioning bodies provided an air of optimism for all parties to work together for the sake of the sport.

Time will tell whether that vision sees the light of day, although any conversation is a sound starting point.

“We have identified several areas where we agree and others where we will diligently continue to work on,” offered the four presidents in a joint statement made available to BoxingScene.com. “Our unified goal is a safer, stronger, healthier, [fairer] and more just sport of boxing.”

A decades-long concern has been the divisive nature that comes with multiple titlists within each weight division, and with it a watered-down selection pool of challengers against whom to defend such titles. The WBA has created the greatest mess of all in the 21st century, with the misuse of “interim” titles along with creating “World” and “Super” champions which have led to a given weight class boasting three WBA title claimants at one time. Strides have been made to reduce its number of recognized titlists, with the WBA having ordered a series of title consolidation bouts and mandatory title fights in hopes of maintaining some semblance of respectability.

Each organization still has a long way to go.

The WBA—based in Panama—continues to deal with public perception issues, praised for its efforts to clean up its own title mess though plagued with past and present appointments of judges and organizational figures with racist views. The indefinite suspension of Gloria Martinez-Rizzo was applauded, though quickly nullified by the appointment of semi-retired promoter Gary Shaw as chief of staff of the WBA Directorate given recent exposure of Shaw’s own extreme political views and racist comments towards Muslims.

The WBC is generally praised with presenting the strongest mandatory challengers aside from the rare exception (Avni Yildirim, for example). However, the Mexico City-based sanctioning body is also chastised for its far too often relaxed approach to implementing its own rules. The mess in the lightweight division is the latest example, the one division plagued by the creation of the “Franchise” title which has created confusion as to who is the true WBC lightweight champ. Few in the sport have yet to warm up to the formation of the 224-pound limit Bridgerweight division, which crowned its first champion (Oscar Rivas) on October 22.

The WBC is the only sanctioning body to recognize this weight division.

Weak mandatory challengers remains a stigma that the IBF has yet to shake. The lone stateside-based sanctioning body—headquartered in New Jersey—is a stickler for its rules but has been long criticized for its odd ranking which often allow the same contenders to make their way to the front of the line for a title shot, often creating subpar title fights as a result.

The WBO has gained favor with the public in 2021 in the bouts it has enforced. Most notably, the sanctioning body ordered the high-profile welterweight showdown between defending champ Terence Crawford and former two-time titlist Shawn Porter. Crawford fights for Top Rank while Porter is represented by Premier Boxing Champions (PBC), two entities who don’t do much business together but who were able to come to terms for this anticipated fight.

The move was in stark contrast to the WBO’s sordid history with PBC. Their relationship has strengthened in recent times after a notable absence of PBC fighters from past WBO rankings.

Sessions such as the one that took place Thursday can help each organization grow together, which can only improve the sport. There remains a faction of the industry who calls for the abolishment of all sanctioning bodies. A more realistic approach is to do much better with the hand that has been dealt, which is what is taking place in real time.

“Today’s meeting was very productive, especially in discussing a possible future agreement in search of a standardized title unification process,” noted the respective presidents. “As independent sanctioning bodies, we will always have our autonomy, but we are working in unison to grow and strengthen the positive image of boxing all around the world.”