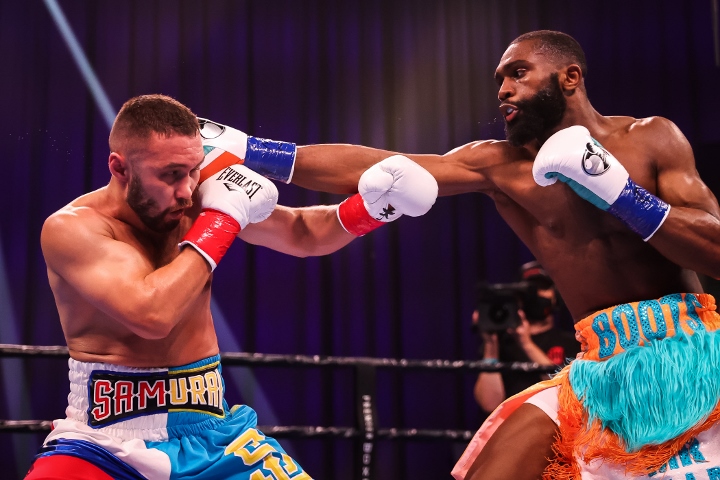 The fast, powerful, skillful Philadelphia native determined that he demoralized Lipinets during the first round of a welterweight fight Ennis won by sixth-round knockout. Ennis sensed from Lipinets’ body language that the former IBF junior welterweight champion knew he was in the ring with an unusual opponent who would overwhelm him.

The 32-year-old Lipinets had only lost a 12-round unanimous decision to Mikey Garcia before Ennis dominated him. Lipinets became not only the most noteworthy conquest on Ennis’ resume, but a cautionary tale for welterweights who want to avoid the extremely high-risk, low-reward proposition that is the gifted fighter who answers to the nickname, “Boots.”

Ennis’ performance was so impressive against a legitimate welterweight contender, he is concerned that it might’ve done more harm than good. Thomas Dulorme, who’ll face Ennis in a 10-rounder Saturday night at Mandalay Bay’s Michelob ULTRA Arena, was a rare known welterweight willing to fight one of boxing’s rising stars for a reasonable sum of money.

“I feel like that has something to do with it,” Ennis told BoxingScene.com. “Me beating [Lipinets] in the way that I did, I feel like a lot of people are gonna try to back off and not wanna fight me. But at the end of the day, I’m ranked for every belt now, so they can’t run for too long.”

Ennis, 24, is ranked third by the IBF, fifth by the WBA and WBO and sixth by the WBC. Defeating the credible Dulorme (25-5-1, 16 KOs) would help him move up with each sanctioning organization, though Ennis realizes he might have to become a champion’s mandatory challenger before he gets a 147-pound world title shot.

“I feel like I’m gonna have to be the mandatory,” Ennis said. “But then again, I feel like, after this fight, sometime next year I’ll be able to get my world title shot. So, I’ve just gotta stay focused on the task at hand, and that’s October 30th.”

Showtime will televise Ennis-Dulorme as the co-feature of a three-fight telecast that’ll begin at 10 p.m. EDT.