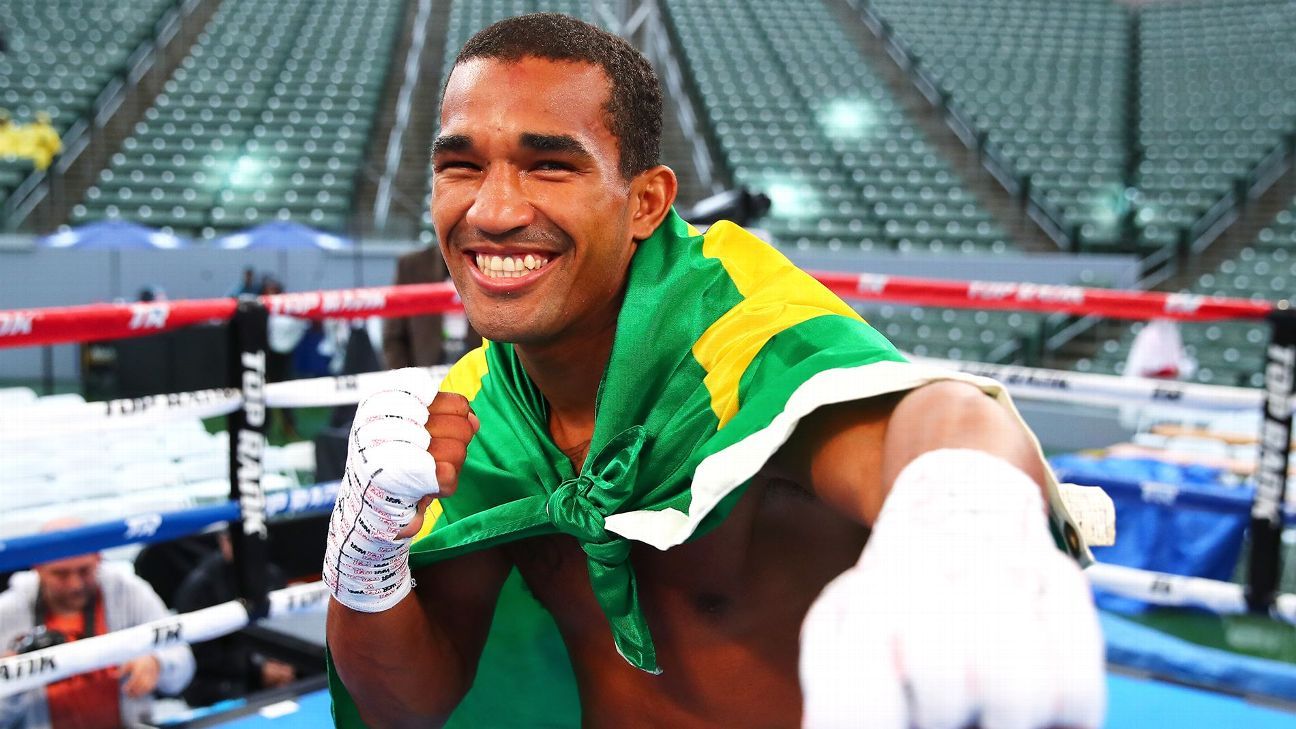 Janibek Alimkhanuly, ESPN’s No. 8 middleweight, will fight former titleholder Hassan N’Dam in another undercard bout in Las Vegas. Raymond Muratalla will fight Steven Ortiz in a battle of undefeated prospects in the opening bout.

Featherweights Isaac Dogboe and Christopher Diaz will fight on the ESPN2/ESPN+ lead-in show, sources said, along with one other bout.

Falcao (28-0, 20 KOs), an Olympic silver medalist, scored a fourth-round TKO of Artur Akavov in April. The 31-year-old Brazilian has never faced an opponent of note, yet finds himself on the brink of a 160-pound title shot. The same goes for Volny (16-0, 10 KOs), a 32-year-old from Montreal.

Gennadiy Golovkin defends his IBF title vs. Ryota Murata on Dec. 29 in Japan. The victor of the Falcao-Volny bout will be the mandatory challenger to the winner of GGG-Murata.

Alimkhanuly (10-0, 6 KOs) is coming off an eighth-round TKO of Rob Brant in June. The 28-year-old from Kazakhstan was supposed to meet N’Dam on Nov. 5, but the fight was postponed.

N’Dam (38-5, 21 KOs) is a former champion but never regained the title following a loss to Peter Quillin in 2012. The 37-year-old Frenchman lost three of his last six fights, with one of those wins a controversial decision victory over Murata.

Muratalla (12-0, 10 KOs), a 24-year-old from Southern California trained by Robert Garcia, has shown promise as he continues his development. In his greatest exposure yet, he’ll meet Ortiz (12-0, 3 KOs), a 28-year-old from Philadelphia.

The most appealing undercard bout will be offered on ESPN2 and ESPN+ rather than the pay-per-view portion. That featherweight fight features Dogboe, a former 122-pound champion, against Diaz.

The 27-year-old from Ghana lost his title to Emanuel Navarrete in 2018 and then was defeated in the 2019 rematch. Dogboe has since moved up to 126 pounds, where he owns wins over Chris Avalos and Adam Lopez.

Diaz (26-3, 16 KOs) is coming off a 12th-round TKO loss to Navarrete in an April featherweight title fight. The 26-year-old Puerto Rican was outpointed by Masayuki Ito in a 2018 title fight at 130 pounds. His other defeat came to current champion Shakur Stevenson.

Alycia Baumgardner looking to create a legacy, calls Mayer “delusional and salty”
AWKWARD! Artur Beterbiev BITES BACK at question ‘YOU WANT TO BE ANGRY WITH US?!’ | #shorts
Rocha Knocks Out Ahsie In Seventh
Artur Beterbiev vs. Anthony Yarde – CompuBox Punch Stats
Jake Paul Exclusive 😤 Arrogant Tommy Fury Will Be Over ‘In Three Rounds or Less’