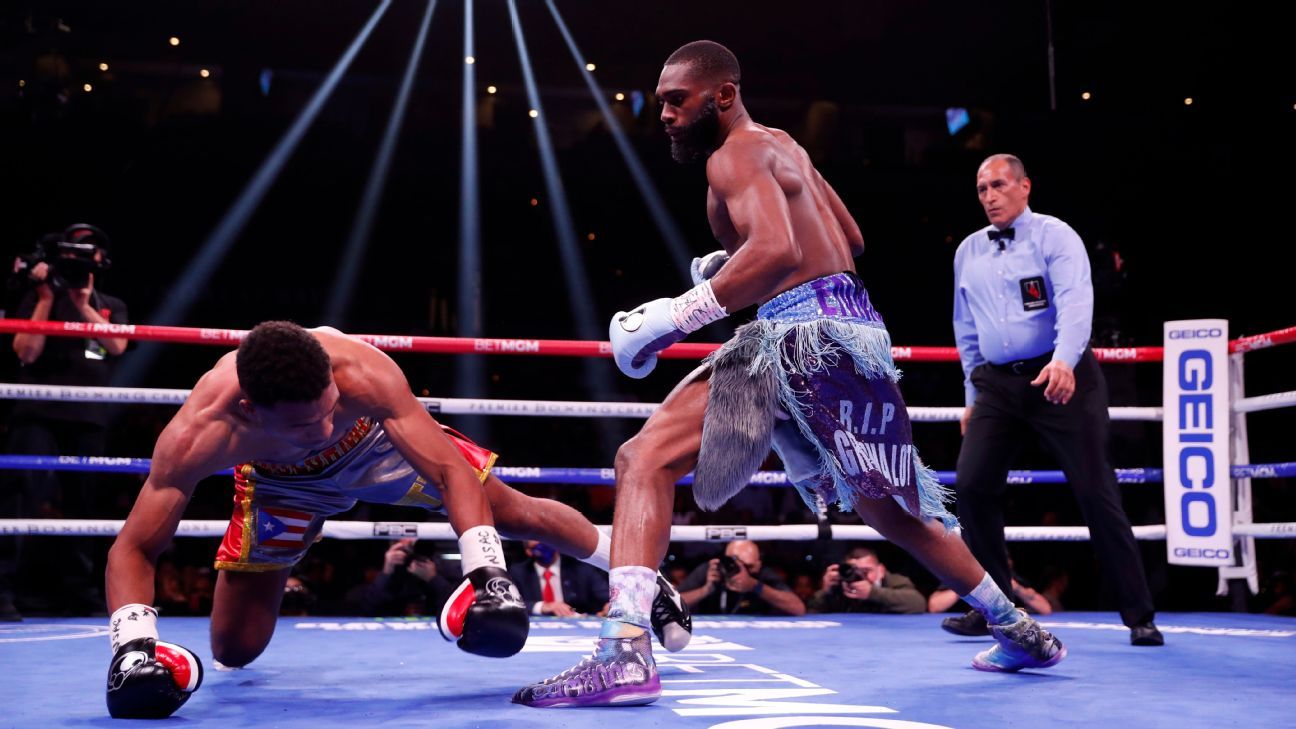 Jaron “Boots” Ennis is a can’t-miss fighter, and Saturday’s performance was the best proof yet.

The Philly welterweight needed less than two minutes to dispatch veteran gatekeeper Thomas Dulorme by knockout in the first round Saturday in Las Vegas, a PBC on Showtime co-feature.

Ennis, 24, dropped Dulorme (25-6-1, 16 KOs) with a left hook followed by an overhand right. Moments later, Ennis (28-0. 26 KOs) finished matters with a three-punch combination punctuated by a right hand that sent Dulorme to the mat, where he was counted out.

Ranked No. 7 on ESPN’s list of the top 25 boxers under 25, Ennis is clearly ready for any fighter in the loaded 147-pound division. Dulorme, a 31-year-old Puerto Rican, was a step back from Ennis’ last fight, a sixth-round KO of Sergey Lipinets.

No matter whom Ennis fights, he has had an easy time thus far with his impressive ability to switch stances and deliver power punches with great balance along with impeccable timing.

Ennis is guided by Cameron Dunkin, who formerly managed boxers such as Crawford, Timothy Bradley and Kelly Pavlik, but he’s not linked with a major promoter. That could stymie efforts to land a fight with one of the five big-name boxers he called out.

In the Showtime main event, Radzhab Butaev scored a ninth-round TKO over Jamal James in the biggest win of his career.

Butaev (14-0, 11 KOs) used nonstop pressure and a precise body attack to break down James en route to the stoppage at 2:12. While referee Celestino Ruiz’s decision seemed to come at an odd juncture, James had absorbed a lot of punishment.

“I felt it could have ended a lot worse,” Butaev said in comments translated by his manager, Vadim Kornilov. ‘I thought it was stopped at the right time. Tonight he showed a lot of heart.”

James was easily the best opponent for Butaev thus far. In his only other fight on the world-class level, Butaev was outpointed by Alexander Besputin in 2019. However, the result was overturned to a no-contest after Besputin tested positive for a banned substance.

The fight was part of a four-man box-off ordered by the WBA to deliver clarity in the welterweight title picture. Ugas was ordered to defend his title against Eimantas Stanionis, with the winner now slated to face Butaev. However, Ugas told ESPN earlier this month that he intends to push forward with a fight against unified champion Errol Spence Jr.

If Ugas relinquishes the belt, Butaev and Stanionis could vie for the vacant title next year.

James, meanwhile, will head to the back of the line in the stacked welterweight division.

“I’m good, it just wasn’t my night tonight,” said James, a 33-year-old from Minneapolis. “A big shout out to Butaev, he did his thing tonight. I’d rather go out on my shield if I’m going to go out. I thought it was a very competitive fight but that’s why we have a referee.”