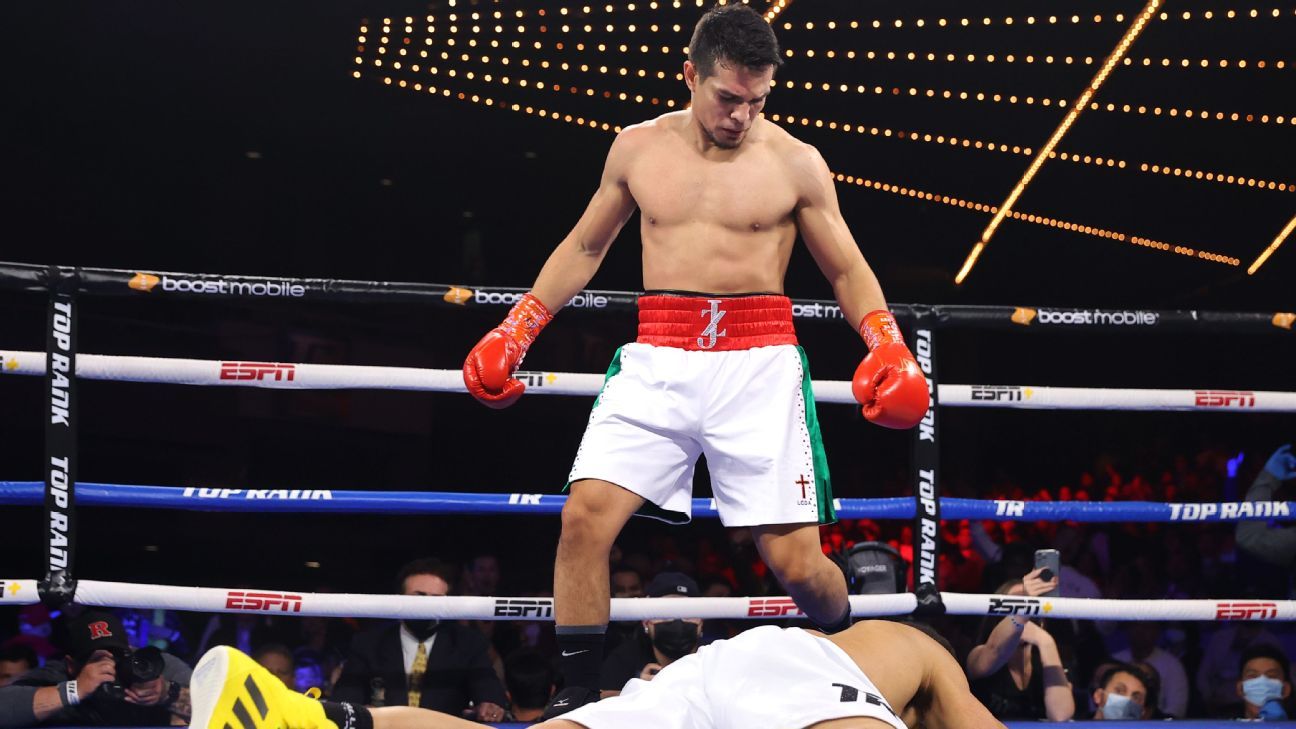 A weigh-in fracas on Friday led to the New York State Athletic Commission barring Jose Zepeda’s brother Rene from his corner. As it turns out, Zepeda never had the opportunity to go back to his corner anyway.

Zepeda eviscerated Josue Vargas, a 23-year-old prospect, with a first-round TKO on Saturday at New York’s Hulu Theater at MSG in an ESPN+ main event.

Zepeda (35-2, 27 KOs) dropped Vargas with a crisp overhand left less than two minutes into the fight. Vargas made it to his feet on unsteady legs, and Zepeda quickly pounced. A barrage of punches met their mark in the corner on a defenseless Vargas, forcing the referee to stop the bout at 1:45 of the opening round.

Zepeda, a 32-year-old native of Long Beach, California, scored a brutal fifth-round KO of former champion Ivan Baranchyk last October in the Boxing Writer Association of America’s 2020 fight of the year. Zepeda hopes to grab a third crack at a title after two previous attempts to attain championship status.

He dropped a controversial defeat to Jose Ramirez in a 2019 title fight at 140 pounds. His other loss came in another title bid, a lightweight bout with Terry Flanagan. In that 2015 fight, Zepeda retired following the second round after suffering a dislocated shoulder.

Now, after a string of notable wins, ESPN’s No. 5 boxer at 140 pounds seemed ready for a third title shot.

Vargas, meanwhile, finds himself further than ever from his first title shot. Zepeda was his first truly world-class opponent, and Vargas proved he couldn’t hang on that level — at least not yet.

Vargas added: “I learned from my disqualification loss, and now I learned from my second loss. It’s part of the sport. The greatest athletes in boxing have losses. I’m not ashamed of myself. I’ll be back stronger, for sure.”

Moses Itauma Only Needs 23 Seconds To Win Pro Debut
Bunce Diary: Remembering Chris Eubank’s final fight
The Beltline: Just as boxers must do better, we must know not to expect perfection
Bradley: An open letter to Beterbiev and Yarde — with a game plan for each
Jake Paul, Tommy Fury finalize deal for Feb. fight