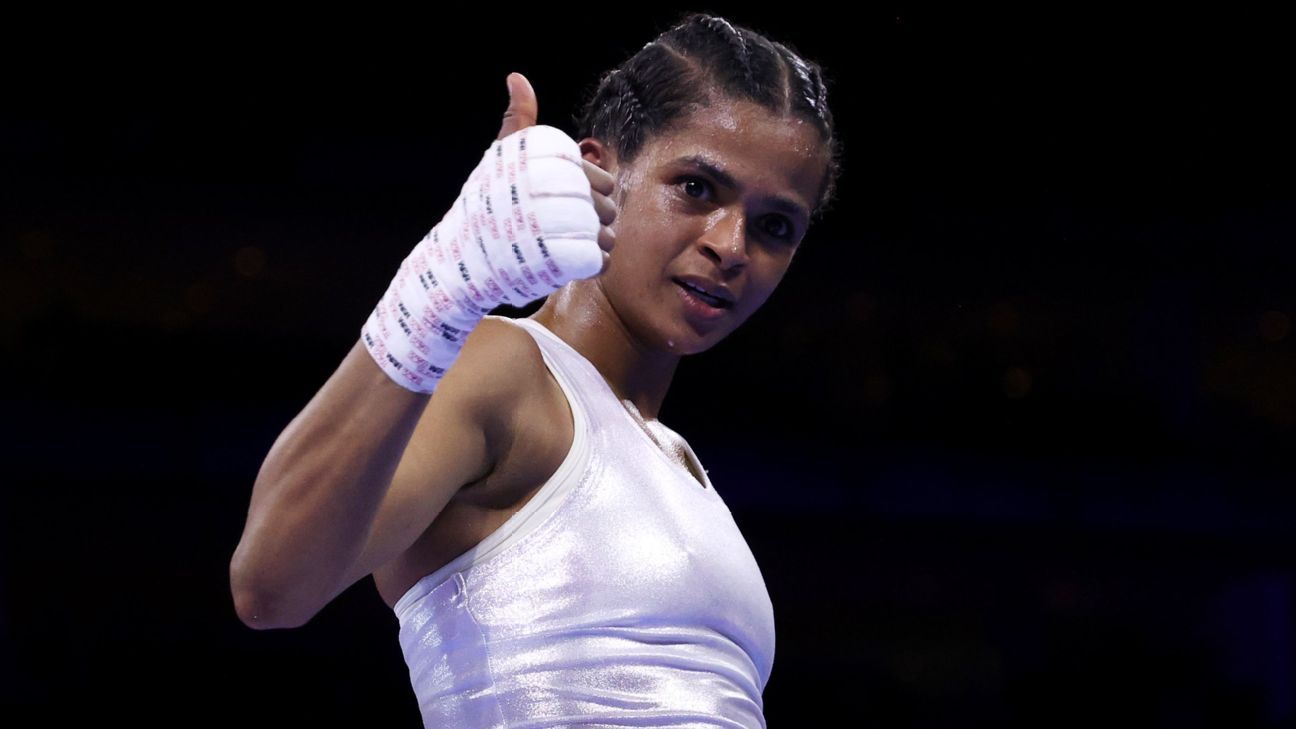 Ramla Ali will make history next month when she faces Crystal Garcia Nova as part of the first professional women’s boxing match in Saudi Arabia on the undercard of the Anthony Joshua-Oleksandr Usyk heavyweight title fight in Jeddah on Aug. 20.

It’s another first for Ali, a Muslim woman born in Somalia and raised in London, as she has continues her boxing career.

“It’s such a monumental thing to happen in Saudi,” Ali told ESPN. “Me and my opponent, we’re essentially making history together, so it’s not just me. It’s someone else as well, we’re both going to be the first females to be in Saudi.

Ali, who helped start the Somali Boxing Federation, already became the first Muslim woman to win a national championship in Great Britain, the first Somali woman to fight at the amateur world championships and the first woman to represent Somalia in boxing at the Olympics.

While fighting for her is a big deal, Ali sees this particular fight as one that is bigger than her own steps in the sport.

Saudi Arabia is a country long known for its oppression of women, although some of the restrictions in the country — including the right to drive and travel independently — have been lifted in the past years.

Ali believes her fighting in Saudi Arabia, which she said the royal family of the country requested, is another step forward.

Ali has never been to Saudi Arabia before — she has also never been back to Somalia, where she was born and her family fled from when she was a young child — but while she’s in Saudi Arabia for the fight, she’s also hoping to complete the Umrah, which is a pilgrimage to Mecca.

She doesn’t know what the reaction to her fighting in the country will be — she knows there are some people who will not be pleased to see her compete in Saudi Arabia — but she sees this as a chance for growth and to provide hope.

Ali (6-0, 1 KO) last fought in July, when she beat Agustina Rojas at the O2 Arena in London. Nova (10-2, 10 KO), out of the Dominican Republic, is coming off a loss to Phannarai Netisri in May — the first time she’s been stopped in her career.

It’s The Canelo Era. Enjoy It While It Lasts.
How to watch Mayweather vs Asakura
Jared Anderson: “I Would Love To Fight Daniel Dubois”
Judge rejects plea deal for Tank in hit-and-run, trial set for Dec. 12
Taylor to defend women’s lightweight title Oct. 29