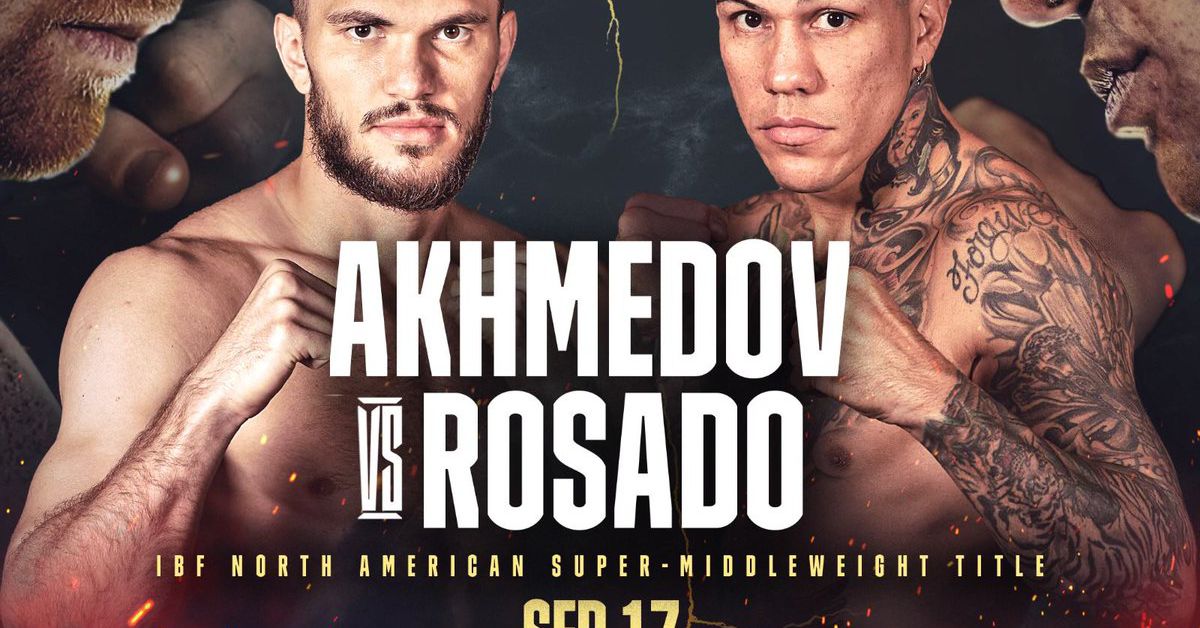 Matchroom Boxing has had a monopoly on the September 17th Canelo vs. Golovkin 3 undercard so far, but GGG Promotions got a foot in the door today, announcing that super middleweight contender Ali Akhmedov will appear on the show opposite Gabriel Rosado,

Akhmedov (18-1, 14 KO) has fought just twice since a final-round comeback knockout loss to Carlos Gongora in December 2020, stopping David Zegarra and Paul Valenzuela in four rounds combined. He’s clearly still very promising at 27, and with a top-10 spot in the IBF rankings and one of their trinkets on the line, a win here would ease him up the rankings.

“I’m happy to be a part of this show on DAZN PPV,” said Akhmedov. “It is a great opportunity for me to demonstrate my skills, especially against such seasoned opponent as Gabriel Rosado. Rosado is very experienced and has a history of fighting the best talents in this division which motivates me even more.”

Rosado (26-15-1, 15 KO) resurrected his career with a stunning one-punch wipeout of Bektemir Melikuziev, but he’s yet to taste victory since. Though a loss to Jaime Munguia was expected, he looked bad against Shane Mosley Jr in April. He’s always been too small for 168, too, so I don’t see this ending well unless he can summon up the same punch that felled “Bek the Bully.”

“I’m looking forward to being a part of one of the biggest fight cards of the year,” said Rosado. “This is an opportunity to do what I did against Bektemir and put myself right back in world title contention!”

The 10 best wins of Chris Eubank Jnr and Conor Benn
Kenny Porter Believes that Spence Will Have A Major Weight Advantage Against Crawford
“Born Rivals” Eubank Jr. and Benn Travelled Parallel Path To Saturday’s Showdown
Devin Haney On Being Avoided: “They Still Don’t Want To Fight Me”
Rocha vs Perez leads Oct. 29 Diaz vs Zepeda undercard