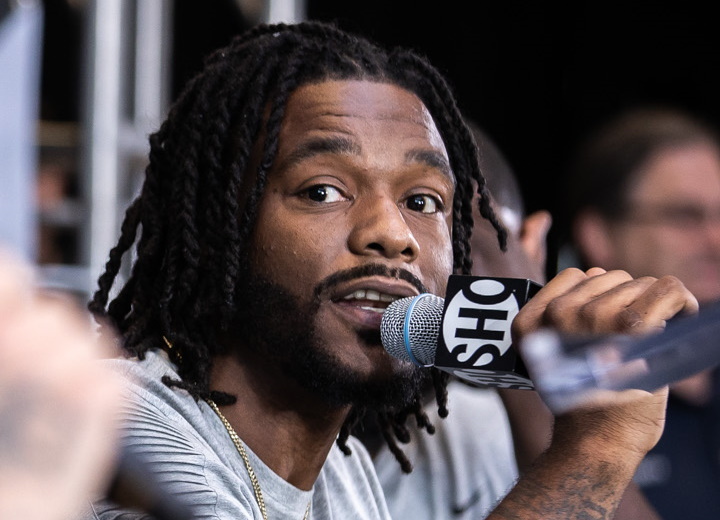 Hasim Rahman Jr. did not appreciate what he believed was subterfuge from members of Jake Paul’s inner circle.

The son of the heavyweight champion recently got the nod to face the popular YouTuber-turned-boxer in an eight-round cruiserweight bout on Aug. 6 at Madison Square Garden in New York City on Showtime Pay-Per-View. Paul was originally set to face England’s Tommy Fury, but Fury was dropped from the fight because he is unable to travel to the United States.

Rahman, a career heavyweight, explained in a recent interview that Paul’s team had initially reached out to him about sparring Paul to help him prepare to fight former UFC champion Anderson Silva, a southpaw. Rahman said Paul’s team, under false pretenses, extracted information about his weight and condition in order to see if he was deemed acceptable as an opponent for the 25-year-old Paul (5-0, 4 KOs). This will be the first time in Paul’s fledgling career that he will fight an actual boxer; Paul previously fought mostly retired MMA fighters.

“They called me and wanted to know what my weight was, how much I had been sparring, all this and all that, and they dressed it up as if they were calling me to spar Jake for Anderson Silva because they needed a southpaw,” Rahman said on The DAZN Boxing Show. “They took that information that I gave them and an hour later I’m getting a call from my managers saying they wanted to fight.

“It was one of those bait-and-switch things where they baited me into getting all the information they can get and then they switched it.”

Rahman (12-1, 6 KOs) has never fought at the cruiserweight limit of 200 pounds. The lightest the 31-year-old has ever weighed in a professional fight was 211 ¾ pounds, which was nearly four years ago.

Rahman believes he was chosen precisely because of the drastic weight cut he will likely have to endure. Rahman, however, thinks it is a cheap move from Paul, and likened their fight to a featherweight fighting a junior middleweight; Paul has competed at around the 190-pound mark, or about 20 pounds less than Rahman.

Rahman made it clear, however, that he understands that his weight disclosure is what helped get him this opportunity.