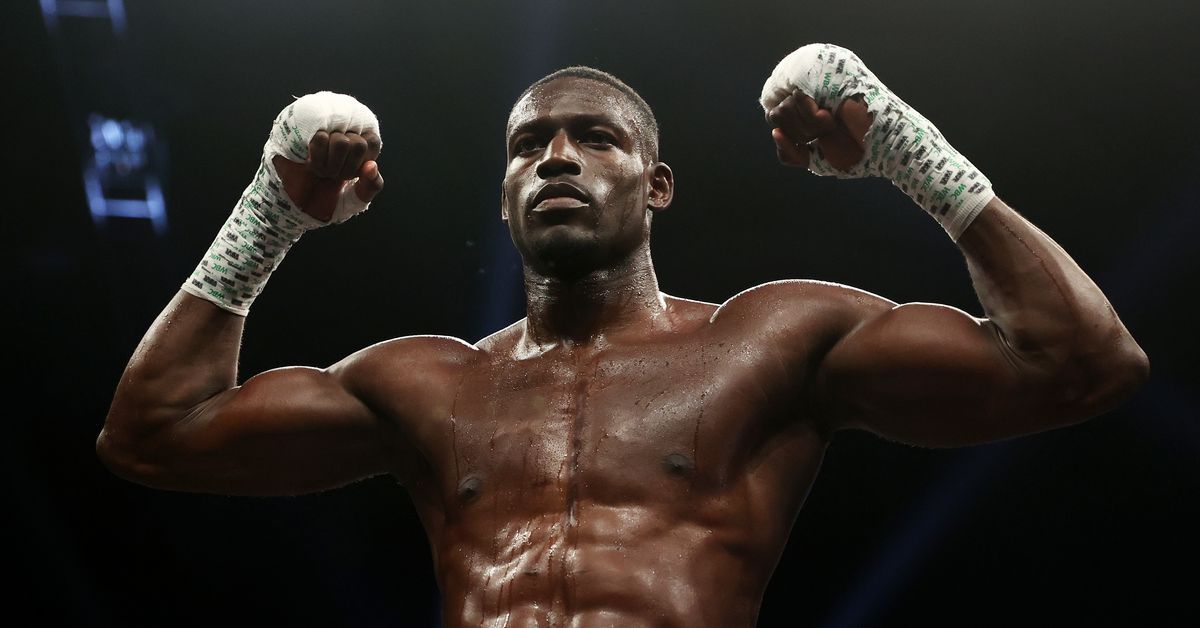 British cruiserweight Richard Riakporhe (15-0, 11 KOs)says he’s ready for a shot at a world title, and already has a particular one in mind. Riakporhe tells Sky Sports he’s looking to make a title fight against WBO cruiserweight titleholder Lawrence Okolie (18-0, 14 KOs), in what would be an all-British clash. According to Riakporhe, it’s a fight that would’ve already taken place had Okolie’s handlers had been more confident in his chances.

Riakporhe would continue by saying that fighters have become to accustomed to protecting their records rather than taking chances by jumping into the best fights and letting the chips fall where they may. For his part Riakporhe says he has no issue with rolling the dice, particularly because he feels they’re loaded in his favor.

“I know what I possess and that’s why they’re not too keen on jumping in the ring with me. These guys are not on my level. That’s the truth,” Riakporhe insists. “I will smoke them. Honestly, I’m very serious about that.”

And it’s not only Riakporhe who’s looking forward to this fight, he says he’s been in touch with the folks at Crystal Palace football club and they would love to bring that fight to Selhurst Park.

“We’re going to make it happen,” Riakporhe said. “I speak to commercial heads at Palace, all of them are on board and they want to make this happen. They’re really behind it and most importantly the fans are. The fans are behind it. They want a Palace boy to win a world title.”

Riakporhe, 32, is most recently riding a three-fight knockout streak, with his most recent win being a second round stoppage of Rabio Turchi last month at Wembley Stadium.

All you need to know about the Benn-Eubank fight postponement and the last minute attempts to save it
Benn Tests Positive For Banned Substance. British Boxing Board Of Control Calls Off Eubank Jr Fight.
Martinez vs Arroyo 2 joins Estrada vs Chocolatito 3 in Glendale
Panel: If you had to choose between Chris Eubank and Nigel Benn, who would you pick as your favourite and why?
Benn insists he’s a clean fighter as Eubank showdown hangs in limbo