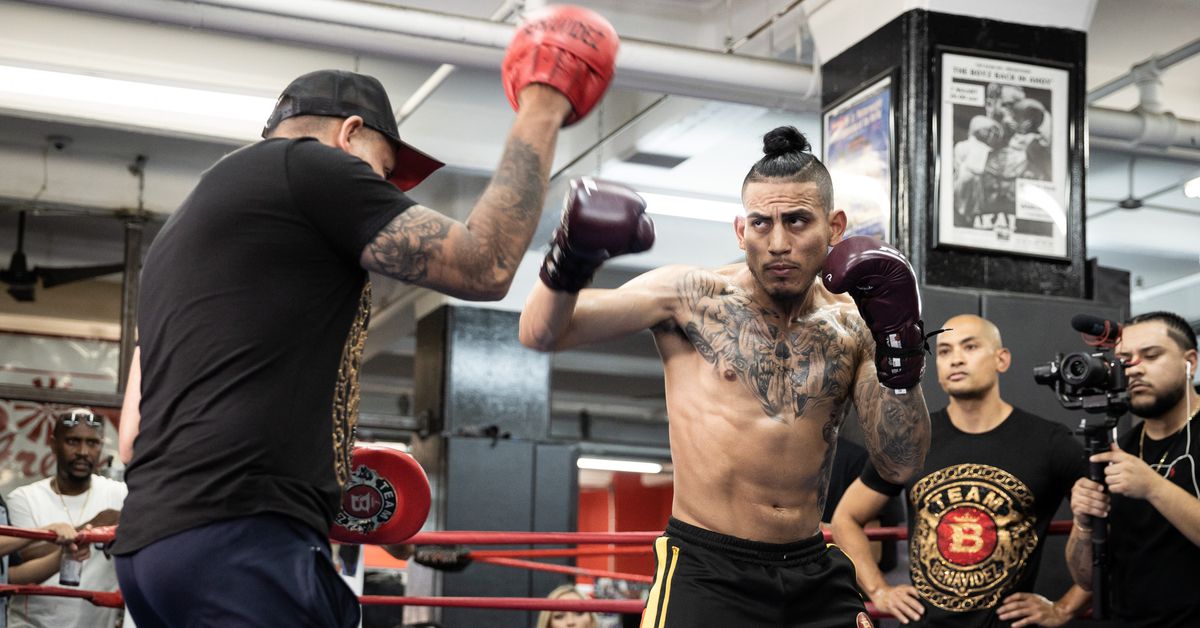 Ahead of this weekend’s Showtime main event, airing live from Brooklyn’s Barclays Center, Danny Garcia makes a return from hiatus for his first foray in the junior middleweight division. In this outing Garcia will be taking on Jose Benavidez, who will be looking to crash Garcia’s return celebration with an emphatic statement of his own.

“I’m coming in with a bang,” Benavidez said. “I take every fight like it’s the biggest fight of my life. I’m excited and I’m ready to go.

“I’m glad that Danny is confident. He’s going to find out on Saturday that 154 pounds isn’t for him. I fought Terence Crawford on one leg and gave him a fight. I know what I’m capable of and I’m going to fight like that.”

And despite Garcia being a former world champion with plenty of big fight experience, Benavidez isn’t concerning himself with any of that, believing he’ll be the stronger fighter in the ring.

“I’m not worried about what Danny is bringing” Benavidez would say. I know what I’m capable of. I trained hard and I’m doing this for my family.

“I feel great fighting at this weight. I’m a big guy. We had a tremendous training camp and I’m extremely motivated. I feel better than ever.”

Benavidez was once a very promising prospect, but had an unfortunate incident where he was shot in the leg while walking his dog one fateful morning. That injury hampered his career for a period of time, but he says he’s feeling much better.

“My leg feels great,” said Benavidez. “The biggest thing with this camp is that I’m happy. For all of these other camps I’m far away from my family but this camp we did it back home in Seattle. I just feel like this is my time to shine.

“My last fight I was trying to do too much, and because of that, I didn’t do anything at all. Everything happens for a reason and I feel ready to fight. I know that I can beat the best at 154, it starts with Danny.”

Frank Warren will “move heaven and earth” to make Oleksandr Usyk vs Joe Joyce next! 🤯
PODCAST: Is Eubank vs Benn any good? Plus Fury-Joshua, Spence-Crawford, more
Where It All Began: Covering Benn vs. Eubank II in ’93
Isaiah Steen To Face Elvis Figueroa In ‘ShoBox’ Co-Feature October 21 In Atlantic City
Chris Eubank Jnr vs. Conor Benn is officially OFF