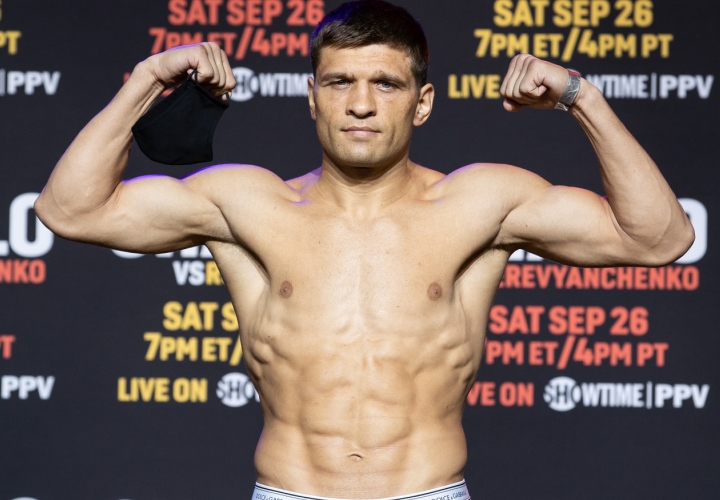 Derevyanchenko shook off some rust against Joshua Conley in their 10-round middleweight match at Barclays Center. Ultimately, Ukraine’s Derevyanchenko did more than enough, particularly during the second half of their bout, to win a unanimous decision on the Danny Garcia-Jose Benavidez Jr. undercard.

Derevyanchenko (14-4, 10 KOs) won nine of the 10 rounds on the scorecards of judges Allen Nace and Don Trella, both of whom scored it 99-91 for the three-time middleweight championship challenger. Judge John Basile scored eight rounds for Derevyanchenko, who won 98-92 on Basile’s card.

In complete control by the 10th round, Derevyanchenko landed several flush punches during those final three minutes. Conley held him at times, yet made it to the final bell.

Derevyanchenko rocked Conley with a left hook toward the end of the ninth round, which made Conley hold him.

Derevyanchenko’s difficulty finding a rhythm continued in the sixth round, though he did start to land to Conley’s body.

Conley connected with a short right and then a left 1:15 into the fourth round.

A right hand by Conley caused Derevyanchenko to reset his feet with just over 10 seconds on the clock in the third round.

Derevyanchenko got off to a slow start and trouble catching Conley with clean shots in each of the first two rounds.