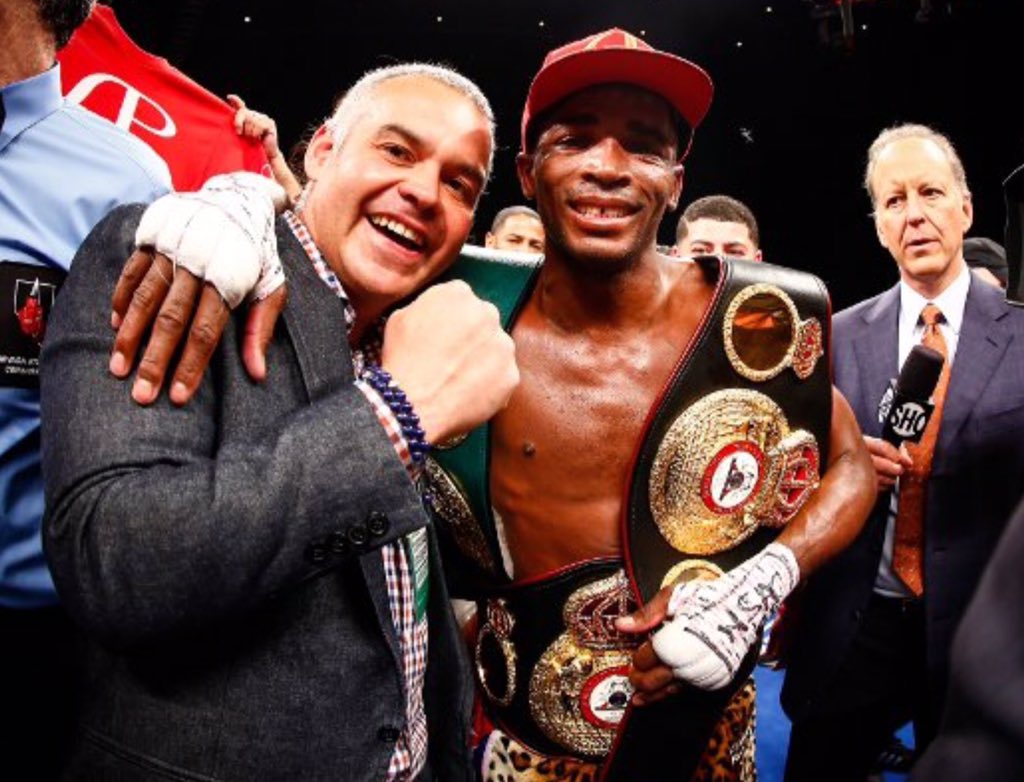 On Friday evening, the World Boxing Association released the following statement on social media: “The WBA Championships Committee, in another decision following the world title reduction plan, ordered the bout between Middleweight Super Champion Gennady Golovkin (@GGGBoxing) and his mandatory challenger Erislandy Lara (@Laraboxing) #GGGLara.” And so it appears that Gennady Golovkin, fresh off his one sided loss to Canelo Alvarez last weekend, is being ordered to defend his WBA middleweight title against Erislandy Lara, who is likewise being ordered to defend HIS WBA middleweight title against Golovkin. The WBA admittedly has too many titles, after all, and now it wants to streamline things a bit. There really should only be one titlist per weight division, after all.

It’s still a solid matchup, though it’s clear at this point that each fighter is well past his prime. That’s too bad, because in their primes these two were something else. Now, however, Golovkin is forty years of age. Lara, meanwhile, is thirty-six years of age. Needless to say both the Golovkin and Lara camps have thirty days to come to a deal. If a deal isn’t reached, the promotion of the bout will then go to the highest bidder at an auction known as a purse bid. Should a purse bid occur, Golovkin would get three fourths of the take.

Aside from having impressive records, each man has Canelo in common. Canelo bested Lara by decision in an extremely close fight back in 2014, a battle some felt Lara had deserved to win. Golovkin, of course, had two extremely close and controversial fights of his own with Canelo, in 2017 and 2018 respectively. Golovkin didn’t look anything like his old self when he and Canelo finally met for a third time this past Saturday, however. As for Lara, his last fight was an impressive eighth round stoppage of Gary “Spike” O’Sullivan last spring.

Truth be told, this still has the makings of a fascinating fight. Golovkin didn’t look like his former self last weekend, but a dated Golovkin is still heads and shoulders better than most in the modern fight game. As for Lara, he’s shown he can still defeat name competition handily – and in entertaining fashion. Provided each man still has the ability to perform effectively in the ring, their contrasting styles, combined with their likeable personalities, could make this battle – if it goes down – a must see event for serious fans. It may not be a game changer, but a Golovkin-Lara fight might well make for a quite excellent night of boxing.

Shane McGuigan believes Daniel Dubois has the tools to climb to the top of the Heavyweight ladder
EXPLOSIVE!! Roman Reigns vs. Logan Paul • FULL FINAL PRESS CONFERENCE • WWE Crown jewel
Prograis on Taylor: ‘He Hasn’t Gotten Better … I Might Stop Him’
Clavel-Plata unification bout postponed due to flu
Chisora won’t show everyone his penis on OnlyFans, but does have OnlyFans