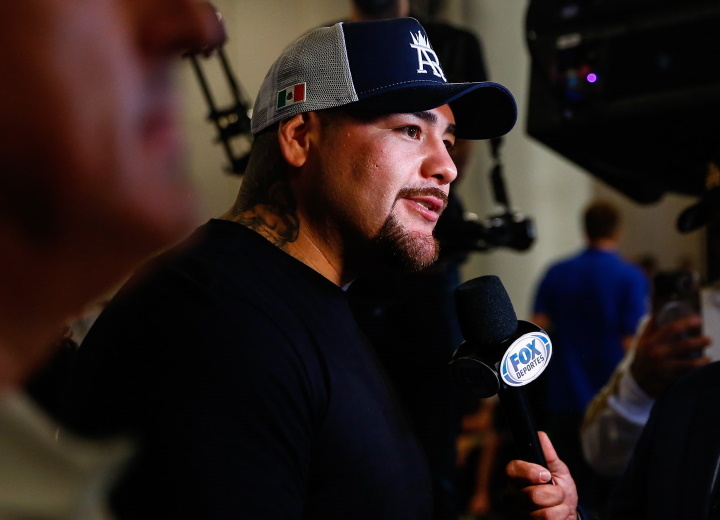 While there were moments in which the crowd that filled the Crypto.com Arena stood on their feet and applauded loudly, for the majority of Andy Ruiz Jr.’s showdown against Luis Ortiz, spectators grew restless.

Still, even with the protracted lack of action at times, Ruiz’s patience eventually paid off. With the Mexican star registering three knockdowns during their bout earlier this month, Ruiz’s calculated attack resulted in a close but clear unanimous decision victory.

Chris Arreola, a former heavyweight title challenger and one-time foe of Ruiz, refrained from chastising his good friend following his latest trip to the ring. In fact, after watching his performance closely, Arreola gives Ruiz two thumbs up for getting the job done.

“He looked good,” said Arreola to FightHype.com. “Honestly, he looked very, very good. Once he exchanges, he wins. Every exchange he wins, his hands are too fast. The thing is, the exchanges were short-lived. If he had more exchanges, he probably would’ve took him out by the eighth.”

As Arreola refers to, Ruiz (35-2, 22 KOs) fought a cautious and more reserved fight than usual, opting to take his openings only when they presented themselves. But, with Ruiz pulling out the win, the Mexican star, and former unified heavyweight champion, will twiddle his thumbs and play the waiting game.

On October 15th, in the main event slot in Brooklyn’s Barclays Center, Deontay Wilder and Robert Helenius will square off in a WBC final eliminator. Ruiz, 32, has quietly confessed that he’s secretly rooting for Wilder. According to the soft-spoken Ruiz, a matchup against the hard-hitting Alabama product is one that he craves above all else.

Ultimately, however, if Ruiz vs. Wilder does take place in the first half of 2023, Arreola is convinced that the game plan which Ruiz implemented against Ortiz, will result in a horrific night at the office against Wilder.

“He can’t sit on the outside and get punched like that by Wilder. Wilder is eventually gonna drop that hammer and put him to sleep.”

Beyond just a showdown against Wilder, Ruiz has admitted that he’s grown acrimonious over the desolate title case in his palatial estate. Currently, both Tyson Fury and Oleksandr Usyk remain at the top of the heavyweight division with Fury holding the WBC title, while Usyk is in possession of the WBA, WBO, IBF, IBO and Ring Magazine belts.

Most recently, both men kept their undefeated records intact. Fury, 34, trampled over the world title aspirations of Dillian Whyte, stopping his man in the sixth round. As for Usyk, the Ukrainian star officially closed the book on his rivalry with Anthony Joshua, defeating him for a second consecutive time on August 20th.

Although the pair have seemingly solidified their placement as future Hall of Famers, Arreola is of the belief that on any given night, Ruiz is more than capable of fighting both men on even terms.

“You got two hands, you can compete, it’s not that hard man. Especially someone like Andy that’s been doing it all his f—— life. It’s easy for him, it’s a cakewalk.”

Troy Williamson and Josh Kelly talk mind games and the true meaning of strength
DILLIAN WHYTE UNHAPPY WITH ANTHONY JOSHUA…👊🏼❌ #shorts #anthonyjoshua #dillianwhyte
Dillian Whyte: I Won Clearly, So Why Would I Consider A Rematch With Jermaine Franklin?
Shakur Stevenson: “135 Is An Overrated Division”
10 of the best trilogies involving two British boxers