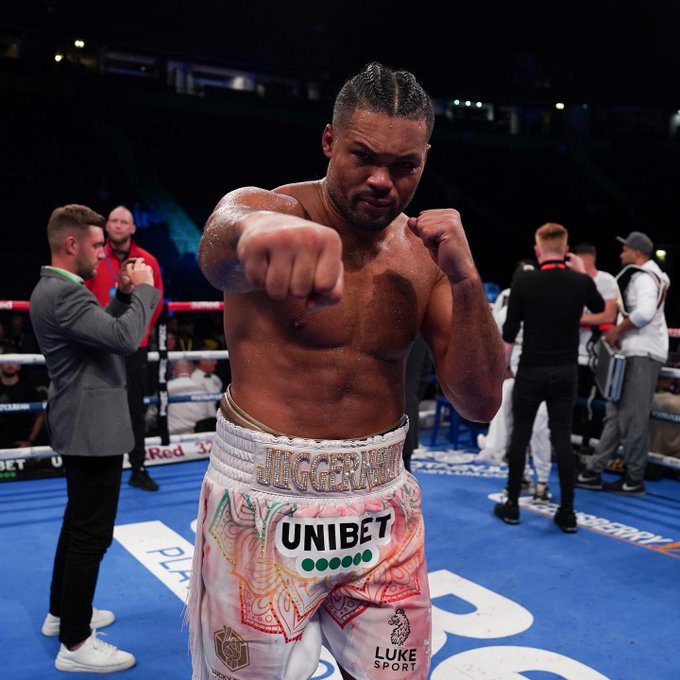 Rising heavyweight Joe Joyce improved his record to 14-1 on Saturday when he knocked out former titlist Joseph Parker in the 11th round of their hard fought battle in Manchester, England. Although he’s 37 years old, Joyce is viewed as an up and comer in the heavyweight division. And, although Parker certainly had his moments, Joyce ultimately proved that he’s a force to be reckoned with. He’s also now the interim WBO heavyweight titlist.

This was a hard hitting battle. Not fast paced, but hard hitting. Parker’s strategy appeared to be to lure Joyce into close range, then to launch powerful combinations – often to the body. It was an effective plan at times, but not effective enough to keep Joyce from landing heavy shots of his own. As for Joyce, his goal was clearly to seek and destroy. And though it took a bit to get to the destroy part, the extraordinary left hook he fired which sent Parker down and out in the eleventh was highlight reel material.

The BN Preview: Questions will be both asked and answered when Williamson and Kelly collide in Newcastle
Backer, Producer Of Zepeda-Prograis Promotion: This Is Not A One-Off; Here To Do This Right
BN Verdict: BN Verdict: Dillian Whyte takes an almighty leap sideways against Jermaine Franklin
Crawford: Something wrong with Charlo, would love chance to shut him up
Daniel Dubois: ‘I’m going to shock the world’ on Lerena fight and future clash with Deontay Wilder