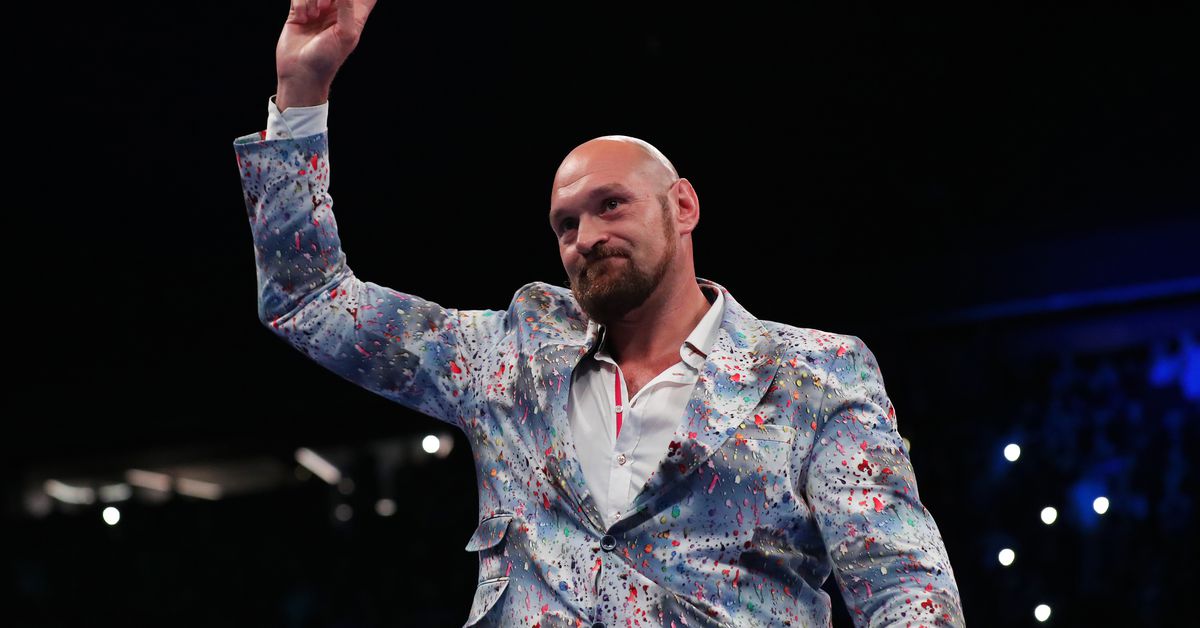 Tyson Fury was ringside for Saturday’s fight in Manchester between Joe Joyce and Joseph Parker, which saw Joyce stop Fury’s friend Parker in the 11th round.

Fury (32-0-1, 23 KO) was actually pretty impressed with Joyce (15-0, 14 KO), but not so much that he feels threatened by him, though he does believe Joyce would beat Anthony Joshua and Oleksandr Usyk.

He also doubled down on Monday being the deadline to get the deal done to face Anthony Joshua.

On the fight and Joe Joyce’s standing at heavyweight

“Honestly, from a fan point of view and heavyweight champion meself, it was a very, very entertaining fight. Both men done extremely well, and fair play to Joe Joyce, he took out a very game, very strong and fit Joseph Parker, and he’s put himself in the top five with that win, in my opinion.

On how he’d beat Joe Joyce

“Joyce wouldn’t land one punch on me in 12 rounds. I don’t think he could hit me if he had a fucking handful of rice.”

“Hit him in the nuts while the ref’s not looking!”

From another video with Fury: “He wouldn’t land one punch on me in 12 rounds. I don’t think he could hit me if he had a fucking handful of rice. … Listen, he’s a big man, but I’m bigger. He’s heavy, but I’m heavier. He’s a good fighter, but it is what it is. I’m the best in the world for a reason.”

To Frank Warren: “Monday, Frank! Make sure this dosser signs the contract on Monday, and if they don’t, it’s not going to Tuesday or Wednesday or Thursday or the week after! Deadline time, baby! They either sign it, the dossers, or they don’t. I’ve give them a little ticket each to come to the party, and if they don’t want to attend, the ‘Gypsy King’ rolls on.”