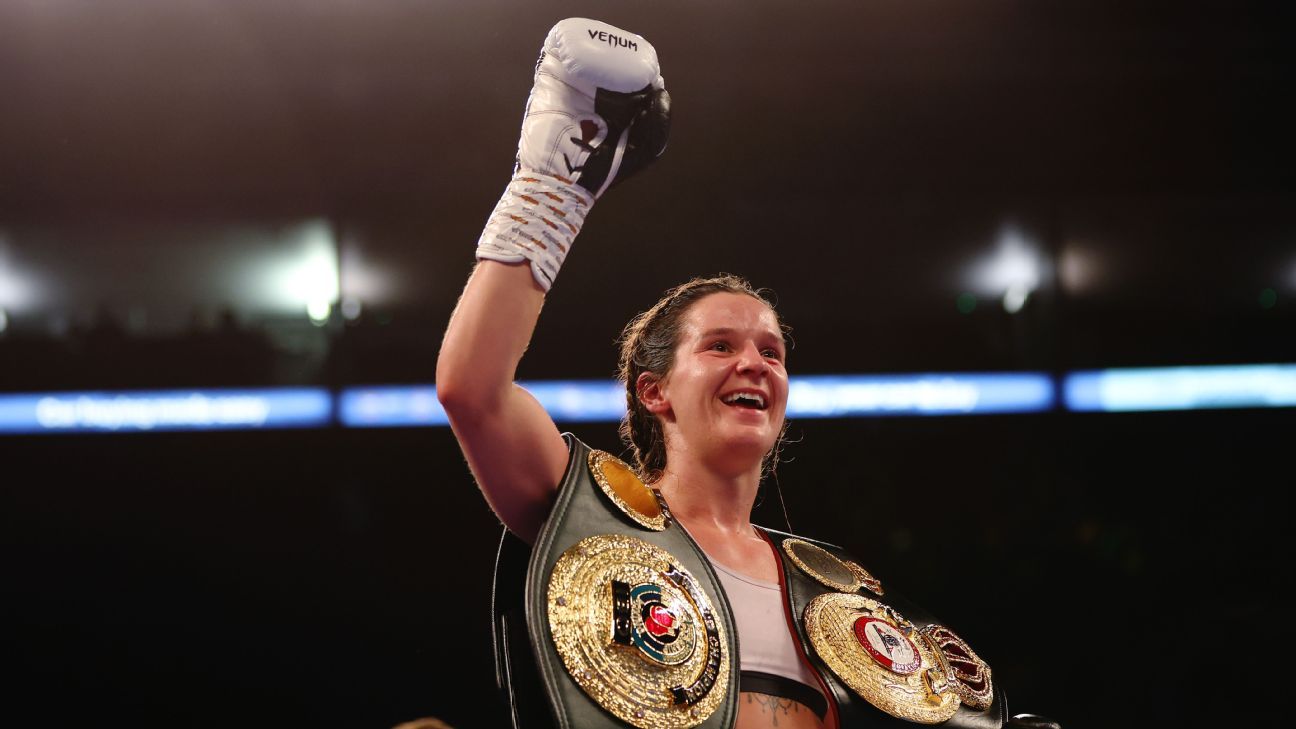 Less than a year after losing her junior lightweight title, Terri Harper moved up multiple divisions and took another crown.

Harper (13-1-1, 6 KOs) caused a cut over Rankin’s left eye early in the fight, causing Rankin to bleed all over Harper’s white top by the middle rounds.

It was Harper’s aggression, though, that stood out throughout the fight. She consistently went after Rankin (12-6, 3 KOs) and showed enough speed to evade most of Rankin’s attempts to attack.

Harper appeared incredibly comfortable in her new weight division, showing the speed agility of a lighter fighter with enough power to hang at 154 pounds.

“I don’t think [it] is crazy,” Harper said about moving up three divisions for the fight. “I have confidence in myself and the team had confidence in me and obviously [Matchroom promoter] Eddie [Hearn] believed in me. That’s why they’ve invested a lot of money in me to give me this opportunity, and I’m just glad I got the job done.”

It’s a big win for Harper, who before this was perhaps best known for being knocked out in devastating fashion by Alycia Baumgardner last November to lose her WBC title.

This win puts Harper into a legitimate conversation in multiple divisions going forward. It also makes her a multidivision champion — a long way from what her future looked like a little less than a year ago.

Harper, who had a split draw with Natasha Jonas in a lightweight bout in 2020, said her goal is to face Jonas, who now has the WBC and WBO junior middleweight world titles, in a rematch at 154 pounds.

“Yes, that’s why I went this way and why I needed to get the win tonight.”

Charlo Calls Out Bivol To Non-Title Fight at 168; Bivol Demurs, Wants Belt on The Line
Chisora: Fury bout to deliver ‘best 1st round ever’
Prograis on Taylor: ‘He Hasn’t Gotten Better … I Might Stop Him’
Daniel Dubois: ‘I’m going to shock the world’ on Lerena fight and future clash with Deontay Wilder
Whyte vs Franklin: Live updates and results, 2 pm ET