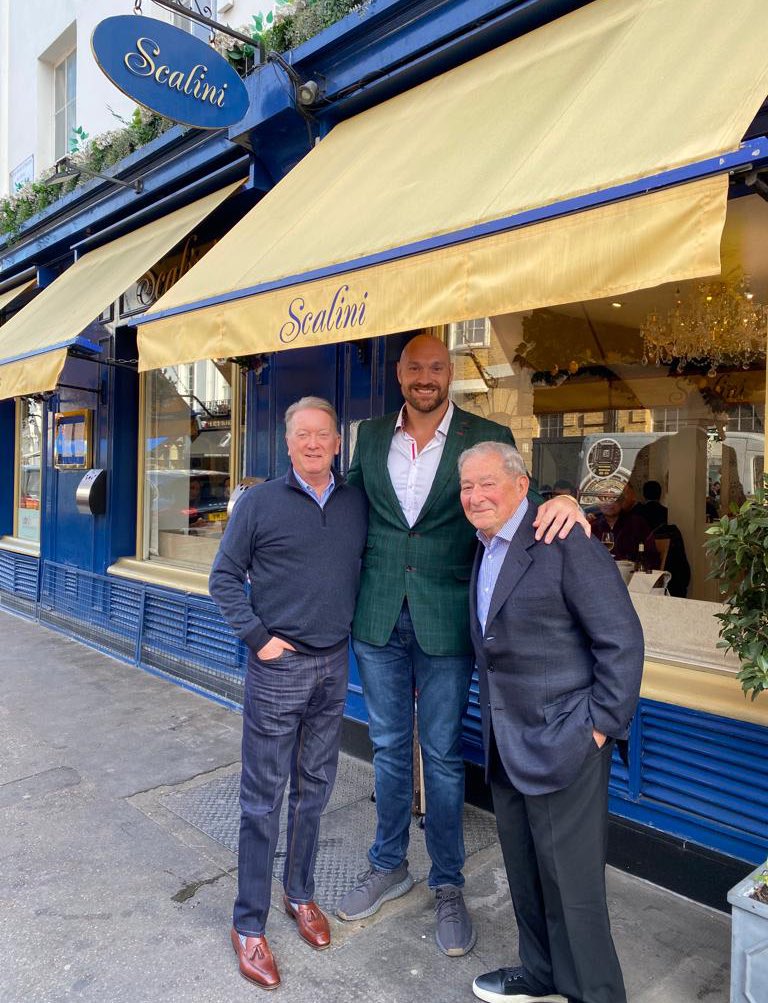 “Eddie Hearn is stalling everything,” veteran promoter Bob Arum says to talkSPORT, “because he doesn’t want the fight to happen.” Arum, who co-promotes Tyson Fury – along with Britain’s Frank Warren – clearly feels that recent negotiations between team Fury and team Joshua for a heavyweight megafight are coming up short because Joshua promoter Eddie Hearn wants nothing to do with the planned December matchup. “And why doesn’t he want the fight to happen?” Arum asks rhetorically, “because Joshua’s lost three out of his last five fights and he figures to lose again if he fights Tyson Fury and so Eddie is in effect being an impediment.”

While admittedly no one except those involved truly know what’s transpiring behind closed doors, there’s no denying that Joshua is in a career slump. Although still enormously popular, the towering Londoner recently lost his second fight in a row to WBO, WBA, and IBF heavyweight titlist Oleksandr Usyk. Another loss, to fellow Englishman Fury, no less, would greatly damage the former multi-titlist’s career. “I don’t know of any issues,” Arum continues. “He sends a draft and then Frank and George (Warren, Frank’s son) reply and then we don’t hear from Eddie for days. He’s stalling until it dies of its own volition.”

No matter who may or may not be responsible for the holdup, it’s obvious at this point that the hoped for December 3’d battle between Fury and Joshua is very much in danger of falling apart – if it hasn’t outright fallen apart already. What’s particularly interesting, or grating depending on how one looks at it, is the fact the fighters themselves appear to genuinely wish to square off in the ring. “I don’t think Joshua is part of that,” Arum says to talkSPORT. “I think Joshua for whatever reason wants the fight to happen, I know Tyson Fury does.”

To be sure, the whole matter has always had a whiff about it of being too good to be true. Fury abruptly offered Joshua a 60/40 split for a late 2022 fight shortly after Joshua’s second loss to Usyk. Hearn admitted the offer was legit, but indicated there was still the usual mountain of details to be sifted through. With the clock ticking it began to look like that mountain wouldn’t be scaled in time. And Arum thinks that’s how Hearn wants it. “There’s no issues,” Arum says. “If there was some issues then I could see it, but there are no issues.”

Ryder eyes Alvarez after win via injury stoppage
Canelo Alvarez Picks Benavidez To Beat Plant: ‘It’s Going To Be Competitive’
The Outsider: Opportunity knocks for Kevin Lerena
Dillian Whyte: I Won Clearly, So Why Would I Consider A Rematch With Jermaine Franklin?
Troy Williamson and Josh Kelly talk mind games and the true meaning of strength