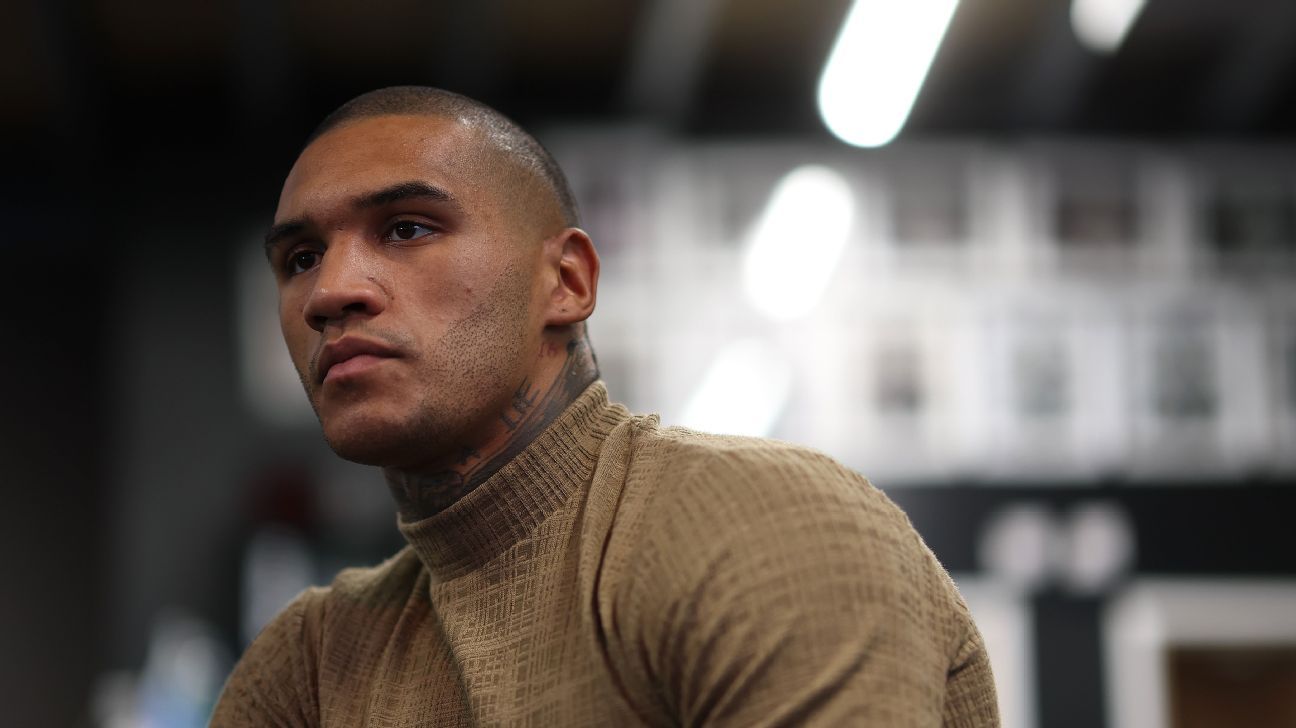 Conor Benn’s fight against Chris Eubank Jr. on Saturday hangs in the balance after the British Boxing Board of Control (BBBofC) said the contest was “not in the interests of boxing” following Benn’s positive drugs test.

The BBBofC, which oversees professional boxing in the UK, has said the fight is not allowed to take place after Benn failed a test for the banned substance clomifene.

Clomifene is a women’s fertility drug which reportedly can increase production of testosterone if taken on a daily basis by men.

But a source has told ESPN’s Mike Coppinger that Matchroom promoter Eddie Hearn is attempting to obtain an injunction to allow the fight to proceed as planned.

Earlier on Wednesday, Matchroom said the fight at the O2 Arena in London would still go ahead since Benn has yet to be banned by authorities.

“The B sample has yet to be tested, meaning that no rule violation has been confirmed,” Matchroom said in a statement Wednesday.

“Indeed, Mr. Benn has not been charged with any rule violation, he is not suspended, and he remains free to fight.

“Both fighters have taken medical and legal advice, are aware of all relevant information, and wish to proceed with the bout this Saturday.”

However, later on Wednesday, the BBBofC issued a statement claiming it has banned the fight.

The BBBofC said: “On the evening of 4th October 2022, the Board of the British Boxing Board of Control Limited resolved that the contest between Chris Eubank Jnr. and Conor Benn scheduled to take place on 8th October 2022 is prohibited as it is not in the interests of Boxing. That was communicated to the Boxers and Promoters involved on the morning of 5th October 2022.”

Clomifene is banned by the World Anti-Doping Agency, and the doping test on Benn was carried out by the Voluntary Anti-Doping Association (VADA), an organisation that offers anti-doping practices and programmes in boxing and mixed martial arts.

Benn’s fight vs. Eubank — an extension of their fathers’ 1990s rivalry — had been touted as one of the biggest boxing events in the United Kingdom this year, for a reported £3.5 million purse.

The fight between their sons is set for a 157-pound limit, 10 pounds above the welterweight limit that Benn, 26, operates at. Eubank, 33, has to come down three pounds from middleweight.

BN Verdict: For John Ryder, the emotions of an anticlimax are becoming familiar ones
Rankings (Nov. 28): Is Prograis the top dog at 140? Whyte, Valle, more
BN Preview: Dillian Whyte goes back to square one against the unbeaten Jermaine Franklin
Should Stephen Fulton and Brandon Figueroa Run It Back?!
Hector Luis Garcia: Once I Take Care of Tank – I’ll Be Fighting Ryan Garcia