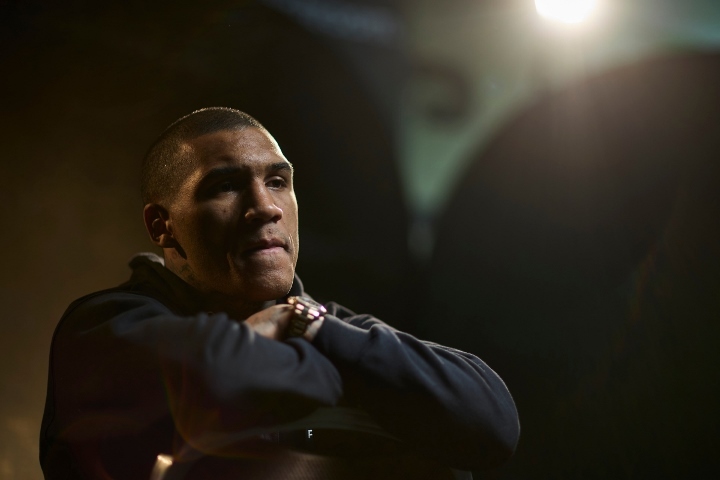 The British Boxing Board of Control pulled the plug Wednesday on Saturday’s high-profile fight between Conor Benn and Chris Eubank Jr. because Benn tested positive for a banned substance, saying “it is not in the interests of boxing.”

Benn had produced a positive test for clomiphene, a substance on the World Anti-Doping Agency banned list. The drug is normally used to treat infertility in women, according to a report in the Daily Mail, which broke the story.

The BBBoC released a statement saying it had decided to “prohibit” the fight, despite the test having been carried out by the Voluntary Anti-Doping Association (VADA), not UK-Anti Doping, which carries out doping control on its behalf. The failed test is understood to have been from a sample taken in August.

Benn is understood to have passed a UKAD test subsequently. The BBBoC held a meeting on Tuesday evening at which its action was decided.

The BBBofC’s statement read: “On the evening of 4th October 2022, the Board of the British Boxing Board of Control Limited resolved that the contest between Chris Eubank Jr. and Conor Benn scheduled to take place on 8th October 2022 is prohibited as it is not in the interests of Boxing. That was communicated to the Boxers and Promoters involved on the morning of 5th October 2022.”

Eddie Hearn’s Matchroom Boxing, the promoter of the Eubank-Benn bout, had earlier issued a statement saying that their 12-round, 157-pound fight, due to take place at O2 Arena in London, would go ahead.

“We have been made aware that a random anti-doping test for Conor Benn conducted by the Voluntary Anti-Doping Association returned an adverse analytical finding for trace amounts of a fertility drug,” Matchroom’s statement said. “The B sample has yet to be tested, meaning that no rule violation has been confirmed. Indeed, Mr. Benn has not been charged with any rule violation, he is not suspended, and he remains free to fight.

Open workouts for the Eubank-Benn undercard, which began five minutes before the BBBofC’s statement was released Wednesday, were underway in London at the time this story was posted. It was not clear then if Eubank and/or Benn would attend the event to speak about their seemingly ill-fated fight.

Kalle Sauerland, Eubank’s promoter, said that they had received advice that the substance was not performance enhancing.

“We took medical advice,” Sauerland told TalkSport. “It can raise testosterone levels, but the experts we consulted couldn’t see that it was giving an advantage. So, on the basis of that we discussed straight away with the most important person on our side, who is the athlete. He was happy to continue.

“We spoke to Benn as well directly, there was a direct discussion between the two. I am not privileged to that discussion, but they had a personal discussion on it.”

There has been no further statement from Matchroom or Sauerland since the BBBoC announcement.

In January, Benn (21-0, 14 KOs) was removed from the WBC rankings for failing to join the Clean Boxing Program it operates via VADA. He was returned to the rankings after signing up.

Saturday’s fight has gained huge interest in the UK, coming almost 30 years after their fathers – Nigel and Chris Sr. – met in the second of their world title fights.

The fight was made at a catch weight of 157 pounds, with middleweight Eubank (32-2, 23 KOs) coming down three pounds from his normal fighting weight and Benn putting on 10 pounds. Last Thursday, when Benn spoke to the media in his Essex gym, he said he was five pounds over the 157-pound fight limit.

‘Boxing missed me’: Fired-up Fury set for return
Troy Williamson and Josh Kelly talk mind games and the true meaning of strength
Crawford: Something wrong with Charlo, would love chance to shut him up
Breaking down the trilogies: Who has the edge in Fury-Chisora and Chocolatito-Estrada?
‘SAM GILLEY, I RATE HIM but I’m confident of beating anyone’ – SEAN ROBINSON