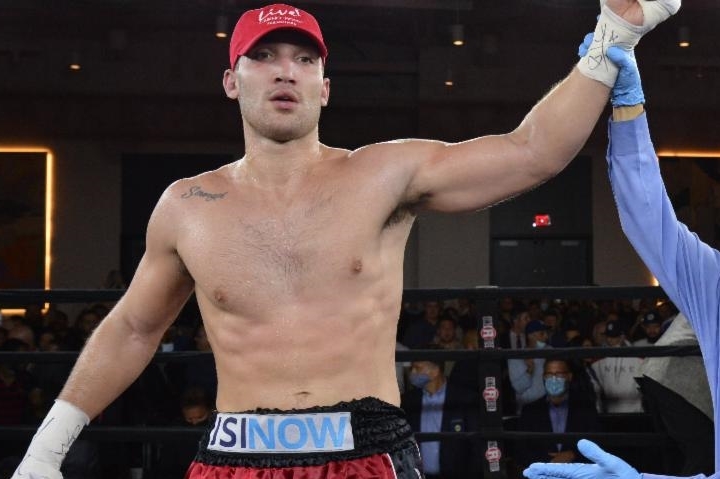 On Saturday night, October 29th, undefeated heavyweight Sonny Conto (10-0, 8 KOs) fights just a few miles from his home in South Philadelphia when he takes on an opponent to be named in the six-round main event in the headlining bout of a Joe Hand Promotions card at the 2300 Arena.

Conto will undoubtedly be fighting in front of a raucous group of neighborhood supporters as the South Philly native has established himself as a big draw at the 2300 Arena.

Bryce Mills (9-1, 4 KOs) of Liverpool, NY, will look for his fourth consecutive victory when he takes on Larry Fryers (11-5-1, 4 KOs) of Yonkers, NY via Clones, Ireland, in a six-round junior welterweight bout. This will be the third consecutive appearance for Mills on a Joe Hand Promotions card, as he has wins over Daiyaan Butt, as well as a September 1st victory defeating Carlos Marrero.

Carlos Marrero (3-8-3) of Bridgeport, CT, will be fighting Tyree Arnold (1-4) of Philadelphia in a four-round junior welterweight fight.

Shane Slocumb of Philadelphia will be making his pro debut in a heavyweight fight against an opponent to be named.

Juan Davila (1-0, 1 KO) of Franklinville, NJ, will take on an opponent in a four-round lightweight bout.

Tyler Zwicharowksi (1-0, 1 KO) of Philadelphia will take on an opponent to be named in a four-round middleweight fight.

Glanton vs Light: Live updates and results, 9 pm ET
Charlo Calls Out Bivol To Non-Title Fight at 168; Bivol Demurs, Wants Belt on The Line
Michel Rivera Explains Why He’ll Beat Frank Martin on December 17
Crawford: Something wrong with Charlo, would love chance to shut him up
Daniel Dubois: ‘I’m going to shock the world’ on Lerena fight and future clash with Deontay Wilder