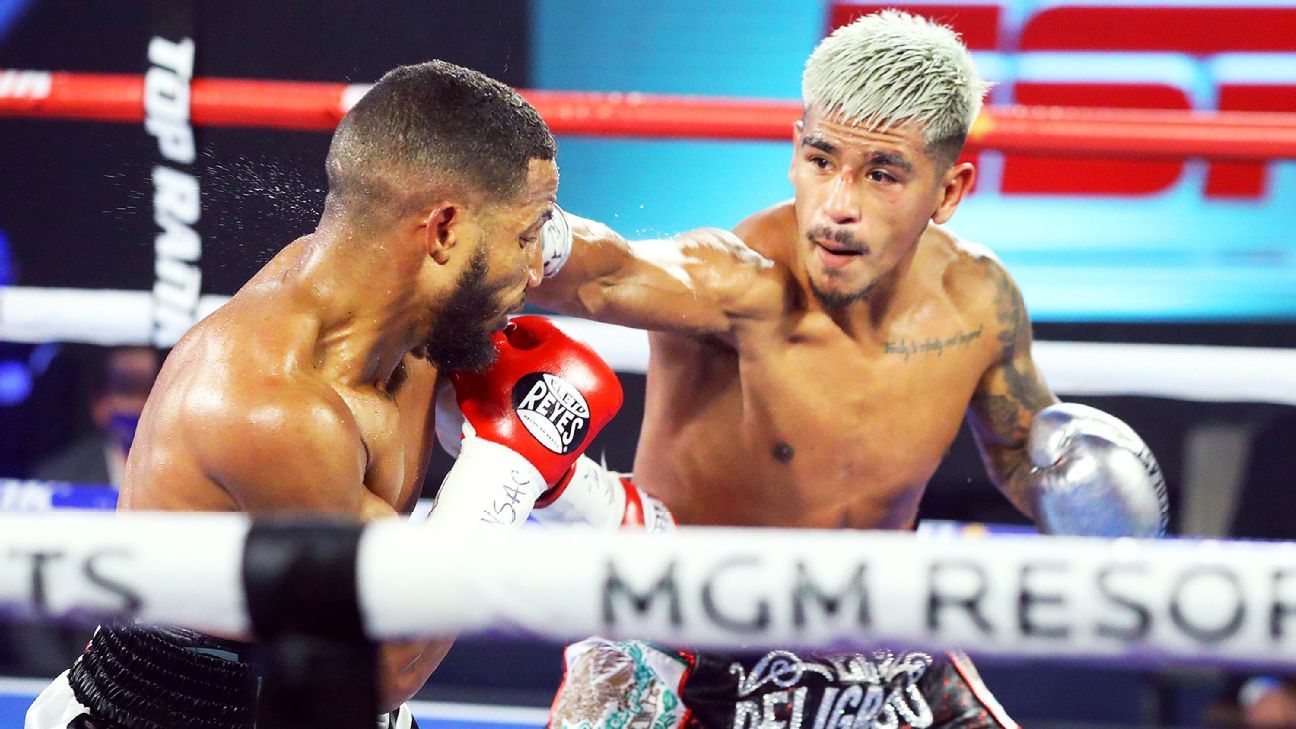 Jessie Magdaleno has withdrawn from his Oct. 29 featherweight bout against Robeisy Ramirez after suffering a hand injury, his manager, Sam Katkovski, told ESPN.

A former 122-pound titleholder, Magdaleno is dealing with bone exostosis on his left hand, according to Katkovski, a condition where new bone forms on the surface of a bone. He was set to face Ramirez, a two-time Olympic gold medalist, in the ESPN chief-support bout preceding the Vasiliy Lomachenko-Jamaine Ortiz fight in New York.

“Jessie is devastated that he can’t continue with the fight,” Katkovski said. “He hurt his hand in sparring and tried everything to continue through. He will take some time off to recover and return to continue to become a world champion.”

Magadaleno (29-1, 18 KOs) will be examined by a hand specialist and is likely to undergo surgery, Katkovski said.

Ramirez (10-1, 6 KOs) is expected to remain in the TV slot against a new opponent, according to Top Rank spokesman Evan Korn. A 28-year-old Cuban, he is coming off his most impressive win yet, a highlight-reel fifth-round KO of Abraham Nova in June.

Magdaleno, a 30-year-old from Las Vegas, suffered his lone defeat in 2018, an 11th-round KO against Isaac Dogboe in a title bout. He was set to represent the stiffest competition of Ramirez’s career.