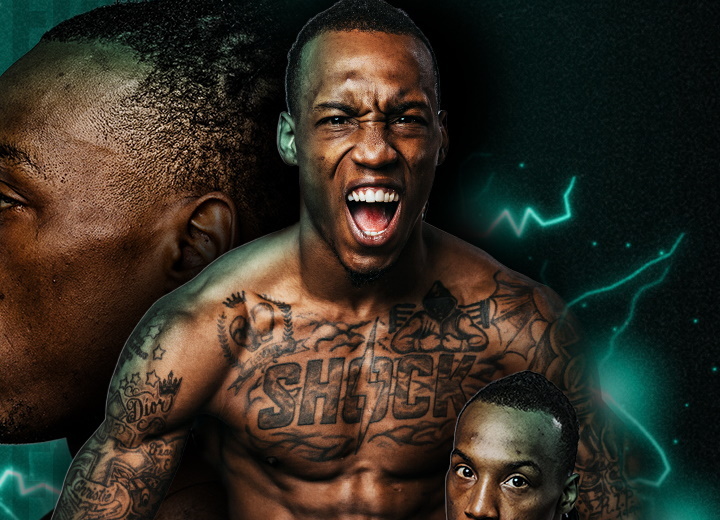 A buzzing O’Shaquie Foster has promised he will dominate the super featherweight division after his world title shot was confirmed.

Foster has been ordered to face Mexico’s Rey Vargas for the vacant WBC 130-pound title, following the decision by Shakur Stevenson vacating his title after being unable to make weight for his recent fight with Robson Conceicao.

The sanctioning body has confirmed the “free negotiation” period has begun to stage the super featherweight showdown, and that the winner must make two mandatory title defenses.

Foster (19-2, 11KOs) woke on Monday morning to messages on his phone, confirming the WBC’s ruling that he must face Vargas, who moves up a division after having been world featherweight champ.

“It’s a dream come true,” Foster told Probellum.com.  “And I’m so happy, I can’t even hide it.

“It’s something that I’ve been working for since I was eight years old. I never had a dream to be an Olympian, it was always to be a world champion so I’m feeling great and I’m ready to put on a show for the world.

“I feel like everything is happening at the right time and it’s my time to take over. I would love to unify once I get the title and then go undisputed if I can.  I’ve got big, big, big aspirations coming up.  We’re going to make it happen.”

The man known as ‘Ice Water’ had a strong feeling in his gut that the WBC would instruct him to face Vargas next, and so Foster spent time last week studying the man who would become his new rival.

“For some reason it was strongly fitting in my head that it might be Vargas next, just because he was a champion trying to move up,” Foster said.

“So, I paid attention to him a lot that day. I’ve got a good idea of what Vargas is about. I believe in fate, because if it wasn’t for fate, I wouldn’t be here. I’m here for a reason. I feel like everything’s happening at the right time. It’s all coming together.

“He’s not your typical Mexican fighter, he’s rangy, but I see the things that I can take advantage of. I don’t want to say too much now, because this is big, but most definitely see a lot a lot of things I would take advantage of.”

‘SAM GILLEY, I RATE HIM but I’m confident of beating anyone’ – SEAN ROBINSON
Bill Haney heads to liquor store in search of Teofimo Lopez Sr
Tyson Fury On Derek Chisora Fight: “If You Want To Tune In, Watch It. If You Don’t, F–k Off”
Results: Ryder wins interim WBO title and potential Canelo shot, Parker stopped on broken hand
Whyte outpoints Franklin in later rounds for win