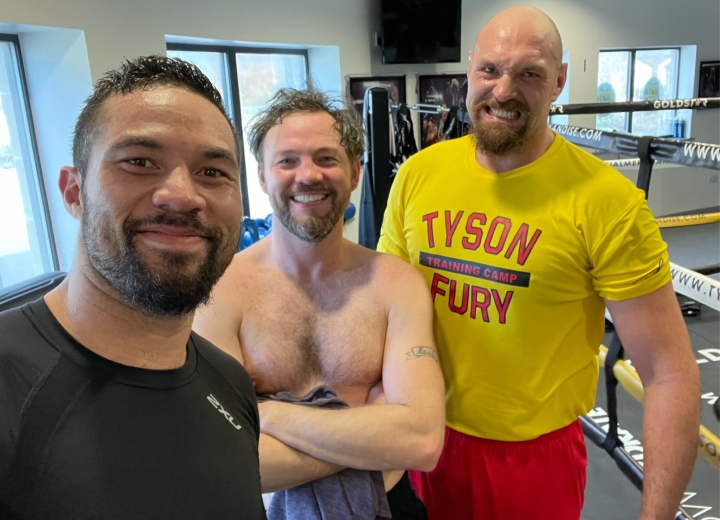 If the fight ever comes together, Joseph Parker is backing Tyson Fury to score a knockout victory over his domestic rival, Anthony Joshua.

Parker, a former WBO heavyweight champion, trains side by side with Fury, who currently holds the WBC crown.

Back in 2018, Parker lost a twelve round unanimous decision to Joshua in their unification clash. Parker was the first boxer to last the full twelve round distance with the Olympic gold medal winner.

The handlers for Fury and Joshua were talks for a year-end showdown, but their negotiations fizzled out.

Most observers are hoping the two fighters will still collide at some point in 2023.

Parker believes the workrate of Fury will be too much for Joshua to overcome.

“Everyone knows what I think, which is that Tyson stops him. I never really understood how Tyson fought until I started training with him, and I saw that he would out-train any fighter at any weight class that I’ve ever trained with.  He has the biggest engine of any fighter I’ve ever trained with. He just keeps going and going and going – he doesn’t stop,” Parker told Sky Sports.

“AJ’s a big puncher, so he’s always got that chance of connecting well with Tyson. I’m obviously biased because we’re close, but even if I say I’m putting on my boxing hat and pick Tyson, people will just link it back to me being close to him. But I do think that; I think he’ll stop him.