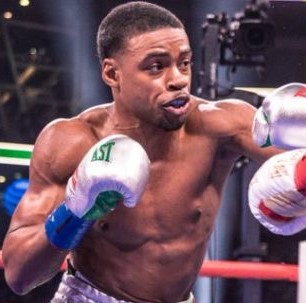 Looks like the WBA is happy to let its “super” welterweight titlist Errol Spence square off against former titlist Keith Thurman. “The World Boxing Association (WBA),” the organization announced, “as it continues to develop its world title reduction plan, took the next steps in the welterweight division. After a thorough review of the situation, it was determined that Errol Spence Jr., WBA Super Champion, will be granted special permission to fight Keith Thurman, while the champion of the category, Eimantas Stanionis, will face Vergil Ortiz.”

Sound confusing? It is. Unfortunately, the WBA decided to go into a title frenzy in recent years. That means that while Stanionis may be the WBA’s world champion, Spence is the WBA’s “super” champion. Get it? Of course not. How could any sane person who wasn’t required to possibly? To it’s credit the WBA is at least trying to streamline things a bit. By eventually pitting the winner of Spence-Thurman against the winner of Stanionis-Ortiz, there should actually be one legitimate WBA welterweight titlist. It shouldn’t be this complicated, but again, credit to the WBA to trying to straighten things out here.

“On November 14, 2022,” the WBA explained, “TGB Promotions applied for special permission on behalf of Spence to fight Thurman in February 2023.” The WBA’s ruling makes life easier for Spence, since the World Boxing Council – whose welterweight belt Spence also holds (along with the IBF welterweight belt) – has ordered Spence to fight Thurman. Until the WBA’s ruling, Spence was required to face Stanionis next in order to hold onto this WBA belt. “Pursuant to WBA rule C.16,” The WBA announced, “which states that mandatory defense periods can be modified for cause, either by special permission request or on its own initiative, the WBA decided that Spence can face Thurman.”

In a sense, a Spence-Thurman fight has been a long time coming. Back when Thurman seemed to be on top of the world, he didn’t appear to have much interest in the up and coming Spence. Likewise, since Spence sits atop the division now while Thurman remains almost semi-retired, he hasn’t showed a large amount of interest in facing the man known as “One Time.” The fallout from the Crawford negotiations, however, may have changed all that.

Zepeda vs Prograis: Live updates and results, 9 pm ET
‘SAM GILLEY, I RATE HIM but I’m confident of beating anyone’ – SEAN ROBINSON
“Honestly it’s one of the best things I ever did.” 😊 Amir Khan is loving life outside of the ring
Michel Rivera Explains Why He’ll Beat Frank Martin on December 17
Fury-Chisora, Estrada-Chocolatito 3, more: Boxing schedule for Dec. 2-3