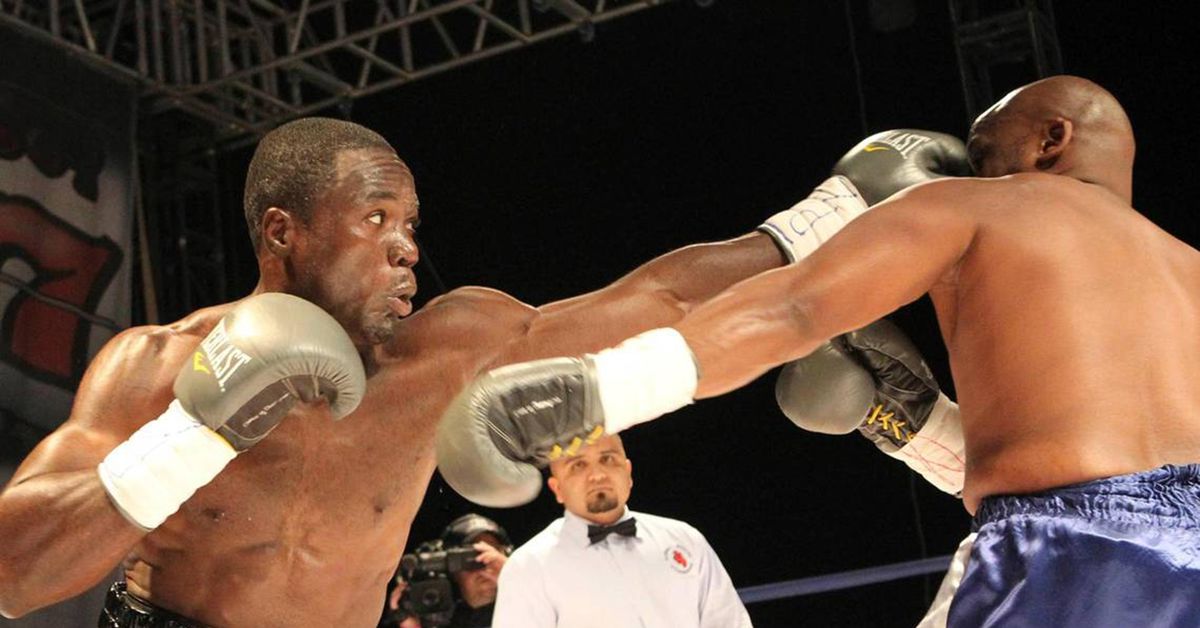 David Ovalle of the Miami Herald has the full story, along with video from Augustama’s bond hearing.

Police claim that Augustama was finishing up a workout at the BOXR gym in Miami when he had an altercation with a boxing coach who wanted Augustama to move so he could start a class. The dispute escalated to the point that the gym owner revoked Augustama’s membership and refunded his money.

[Augustama] took to Instagram, posting a photo of the Parkland school mass shooter with a caption saying he “was considering shooting” a slew of people over being kicked out and “saying I touched a girl,” the report said.

Augustama also wrote he was “willing to shoot with a actual gun or bazoka [sic],” the report said. He also sent a picture to one of the people at one gym, saying “he’s first when I get my gun,” the report said.

Police were made aware of the threats, and arrested Augustama on November 15th at a pawn shop in Opa-locka, Florida, where Augustama had placed a $150 deposit on an AK-47.

Augustama fought for Haiti as a light heavyweight at the 2008 Olympics in Beijing, alongside future world champions Artur Beterbiev and Eleider Alvarez. He went on to a five year pro career, finishing with a record of 18-2 (10 KO). His highest profile fight was in 2014 on the undercard of Gennadiy Golovkin vs Marco Rubio, where he lost a wide unanimous decision to Edwin Rodriguez in a performance Bad Left Hook described as “disinterested.”

Miami Detective Luddwidge Refuse, speaking at Augustama’s November 23rd hearing and petitioning for him to be held without bond, said that “If not for him [not] having a concealed weapons permit, I believe he would have purchased the firearm and could have carried out his threats.”

Florida is one of only five U.S. states that require a waiting period for guns like the AK-47 Augustama attempted to purchase. Florida state law requires a minimum three day waiting period for anyone buying a handgun or long gun, with that waiting period waived for residents with a Florida Concealed Weapon license. That law is the reason Augustama was only able to place a deposit on the AK-47, and not leave with it immediately.

People outside America are likely aware of the prevalence of mass shootings at bars and nightclubs, and schools for children and adults of all ages. They may not be as aware of the precedent requiring Americans to stay vigilant at an airport, a bank, a barber shop, a birthday party, a bowling alley, a church, a concert, a doctor’s office, a festival, a gas station, a grocery store, a hospital, a library, a movie theater, a nursing home, a park, a restaurant, a shopping mall, a video game tournament, a Wal Mart, a yoga studio, when driving on the highway, riding public transportation, or faced with someone just randomly coming to our front doors.

Fortunately, boxing gyms are not yet on the list of established places to potentially get shot and killed by a stranger. Something to be thankful for today on American Thanksgiving!