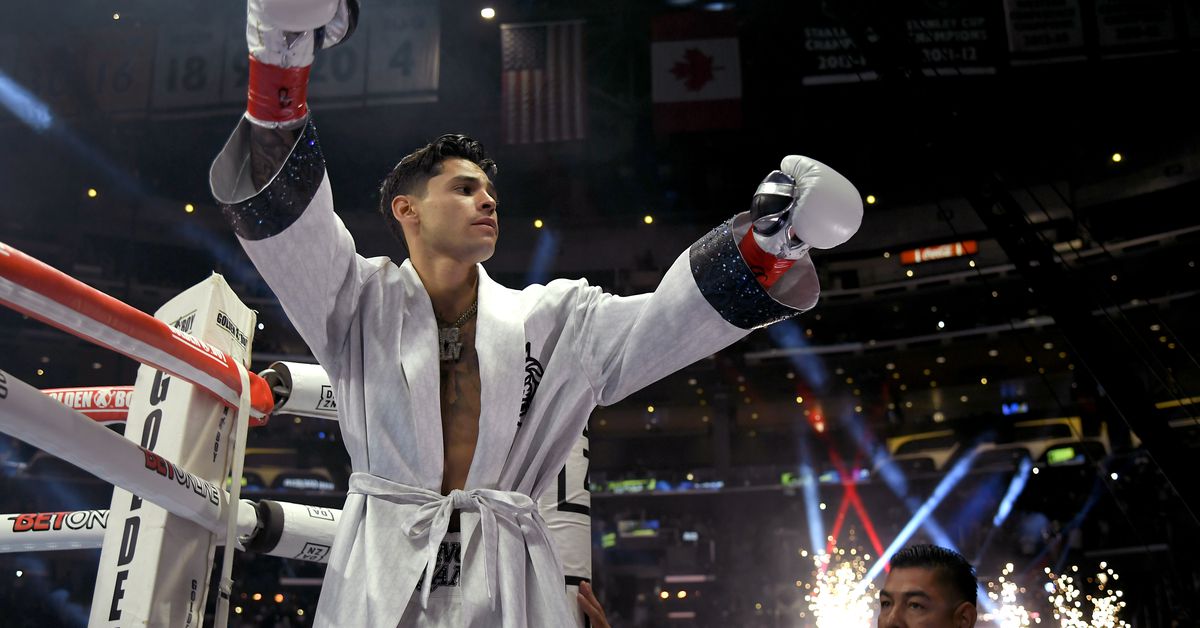 With a big fight between Gervonta ‘Tank’ Davis and Ryan Garcia seemingly official for what’s being reported as a 136 lb catchweight bout set for April 15 on PPV, Garcia appeared on ESPN to talk to the world about his excitement for delivering a fight that fans can really be excited about.

On finally securing a fight with Tank

“This fight means everything to me. Since I was a young kid I’ve always wanted the biggest fights in the world. It’s been my dream and it’s finally here. I had to chase him down but we’re finally here, we finally made it happen, and I couldn’t be happier for the sport, for the fans and for everybody that’s gonna tune-in. Two undefeated young fighters finally fighting in their prime — I’m happy it’s happening.”

On what he means by he had to chase Tank down

“Actually, yeah, (Tank) was running from me. He was. But like I said, I made it happen and now it’s time to show everybody I’m the best fighter in the world. I’ve been the best since I was a young kid, was one of the best in the amateurs, and now I’m here in the pros and here to finally start everything I’ve dreamed of.

“I’ve been asking this fight since I was 17, 18 years old…I guess he always wanted to take a little easier route, which is fine, you can see by his opposition. So it’s finally here. All I gotta say is all that doesn’t matter now. The fight’s happening. I’m gonna whoop him, bad.”

“I think we all came together and realized — he realized that he really wanted this fight as well. And when I seen him fight Rolly Romero in Brooklyn, I believe, he finally said ‘you’re next’ and at that moment I knew it was real and I pushed it from that day on. I said I’m gonna handle business with Javier Fortuna and I did, and now he’s ready to go.

“So we both came together, the teams, and it was a hard process but we figured it out and great things are gonna happen now, finally.”

“There’s so many different options, so many different scenarios for myself. But I see probably the greatest fights you’ll see because if he doesn’t get knocked out early this is gonna be a war of speed, power — at all times somebody could get dropped, somebody could get knocked down. As you see, when I got knocked down I got back up and I knocked the guy out.

Canelo Alvarez Picks Benavidez To Beat Plant: ‘It’s Going To Be Competitive’
The BN Preview: Questions will be both asked and answered when Williamson and Kelly collide in Newcastle
Media Review: Boxing’s scheduling clashes are no good for anyone
BN Preview: Regis Prograis and Jose Zepeda have something to fight for
Whyte outpoints Franklin in later rounds for win