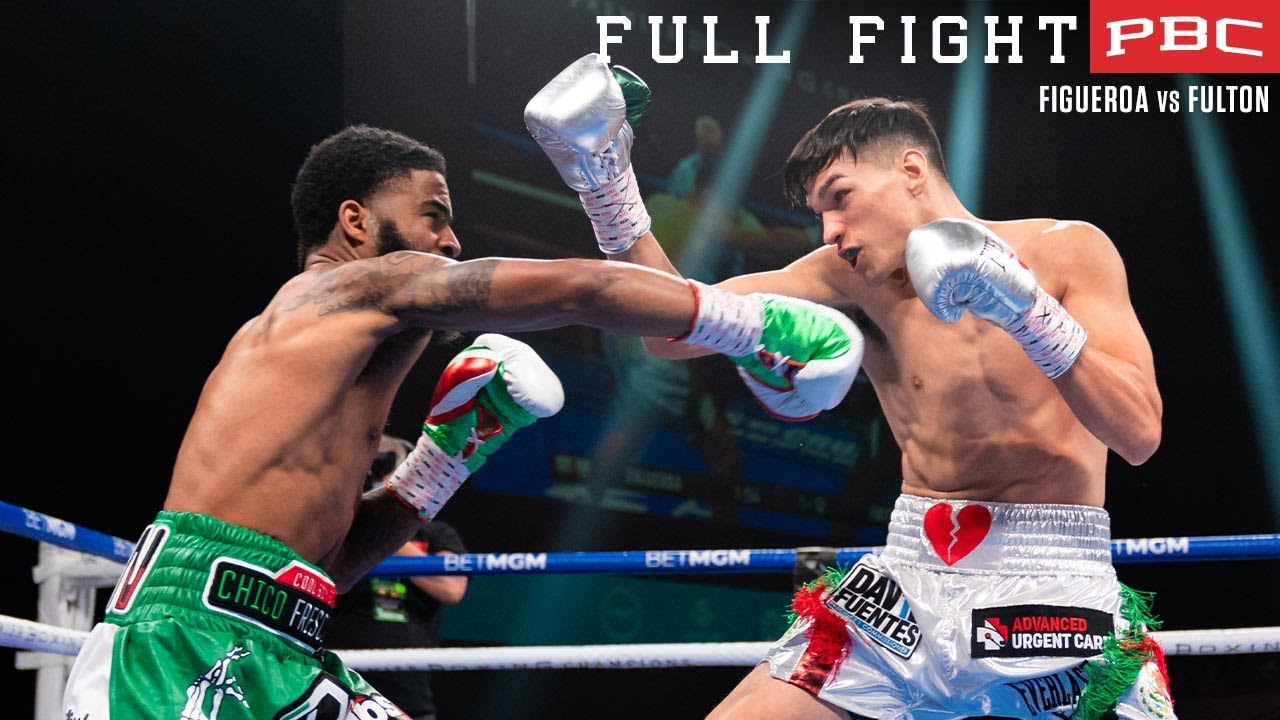 This showdown was set up earlier this year with each fighter capturing a world title by defeating an undefeated opponent, as Fulton (20-0, 8 KOs) bested Angelo Leo in January to capture the WBO belt, while Figueroa (22-1-1, 17 KOs) stopped Luis Nery in May to earn his WBC title. The two champions put on a memorable display, combining to throw over 1,700 punches across 12 rounds according to CompuBox.

“I was catching him in between every shot he was throwing,” said Fulton. “He was making it sloppy and rough.”

“I hurt him like five or six times,” said Figueroa. “I put the pressure on for the whole 12 rounds, landed the cleaner shots and hurt him. I thought I only lost four rounds at the most.”

In a surefire “Fight of the Year” contender, it was Figueroa’s activity (1,060 punches thrown) against Fulton’s accuracy (37% connect rate) squaring off throughout a narrow fight in which neither man was able to sustain momentum for long. In rounds four through seven, the fighters were separated by just two punches landed (103 to 101 for Figueroa).

“I was landing a lot of clean shots,” said Fulton. “He was throwing wild shots that the fans were enjoying, but he was hitting my arms a lot.”

In a memorable sixth frame, each fighter landed nothing but power shots with Figueroa connecting on 36 to Fulton’s 34. In a frantic 10th round, Figueroa looked to have Fulton hurt after numerous flurries of power punches. However, Fulton was able to recover in the final two rounds to win both the 11th and 12th on two judges’ cards.

That final push helped Fulton hold on with the score of 116-112 from two judges overruling a 114-114 card. After the fight, both fighters believed they had done enough to win and were open to battling again in a rematch.

“It was an amazing experience,” said Fulton. “The judges made their decision and we can run it back.”

“It was the robbery of the year,” said Figueroa. “The fans who watched this live know who won. I always come to fight and I did that all night.”

Hilarious best bits from the Tyson Fury v Dereck Chisora press conference | Fury v Chisora III
Jermall Charlo Approaches Dmitry Bivol For Catchweight Fight
Hector Luis Garcia says his experience will be the 🗝️ to beating Gervonta Davis on January 7th
Ryder: Parker’s Been Perfect So Far… I’m a Different Animal; I’m ‘The Gorilla’
Breaking down the trilogies: Who has the edge in Fury-Chisora and Chocolatito-Estrada?