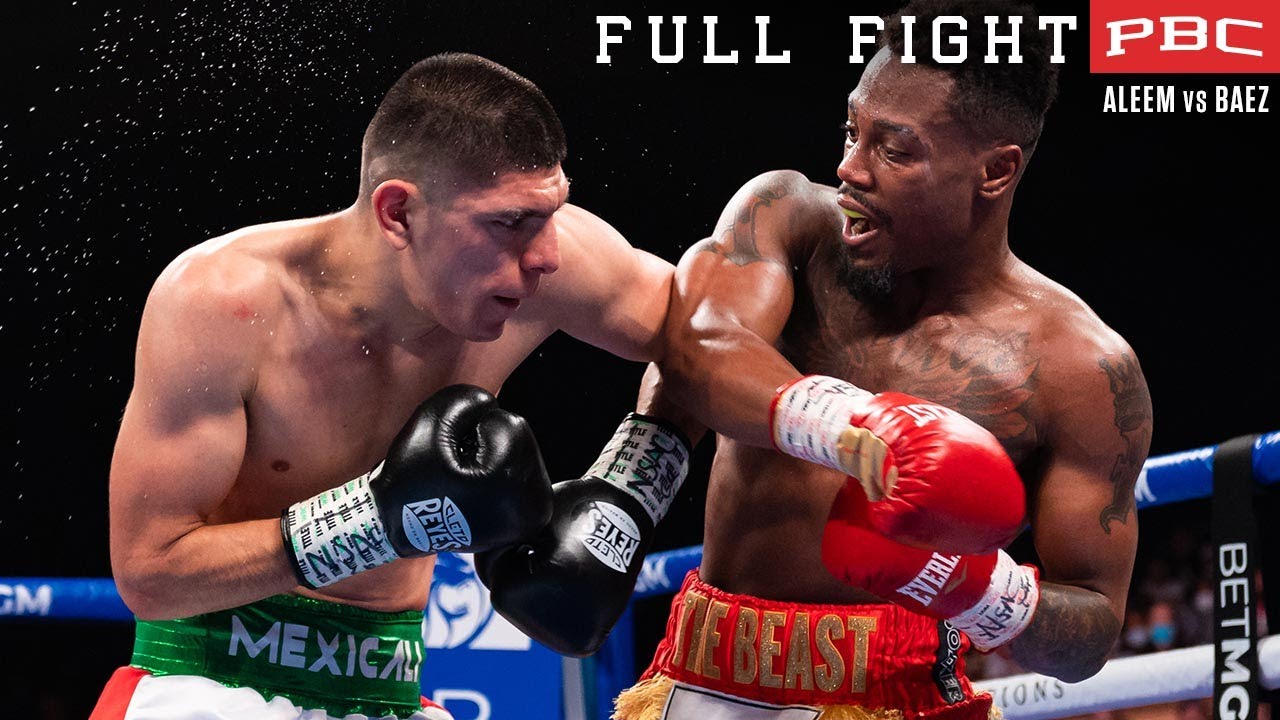 “I’m coming off a long lay-off so I was a little bit rusty,” said Aleem. “I wanted to stop him, but he kept bringing it. I did what I had to do.”

Aleem showed off his versatile attack from the outset, flashing combinations combined with consistent activity that would carry him throughout the 10 rounds. Baez proved to be a sturdy challenge, and despite loading up for big right hands throughout the fight, he was able to land and keep Aleem from overwhelming him.

Aleem switched between southpaw and orthodox stances during the action to varying success, and overall held a 232 to 111 advantage in punches landed. Of those 232, Aleem connected on 90 body shots that helped him keep Baez at bay.

“I’m a dog,” said Aleem. “I grinded it out. I turned southpaw and got caught with some shots, but I hung in there. I can hang with anyone. It doesn’t matter who steps in there against me, I’m going to win.”

Baez fought valiantly through a cut on his forehead that opened up in the middle rounds due to an accidental headbutt. Aleem appeared to have Baez hurt in the ninth round with a counter right hand from the southpaw stance, but ended up holding on through round 10 to win the decision with scores of 98-92, 96-94 and 95-95.

“He was a tough Mexican fighter, but I got the job done,” said Aleem. “I want the winner of the main event. They can run but they can’t hide.”

“I thought I won the fight and I thought I clearly out boxed him,” said Russell. “He was tough and tried to be rugged and aggressive. I had the headbutts from my last fight in the back of my mind, so I tried to keep it clean and get my rounds in.”

Smith drubs rival Eubank in 4th-round stoppage
FUNNY!! • KSI w/ dad. ”WHAT DID YOU THINK KSI WOULD DO WHEN HE GREW UP? ” – #Shorts
Puerto Rican Olympian Rivera signs with Matchroom, set for Serrano-Cruz undercard
Anthony Yarde: I Wouldn’t Know What I’m Made of Without Losses
Vargas vs Baez FULL FIGHT: November 6, 2021 | PBC on Showtime PPV