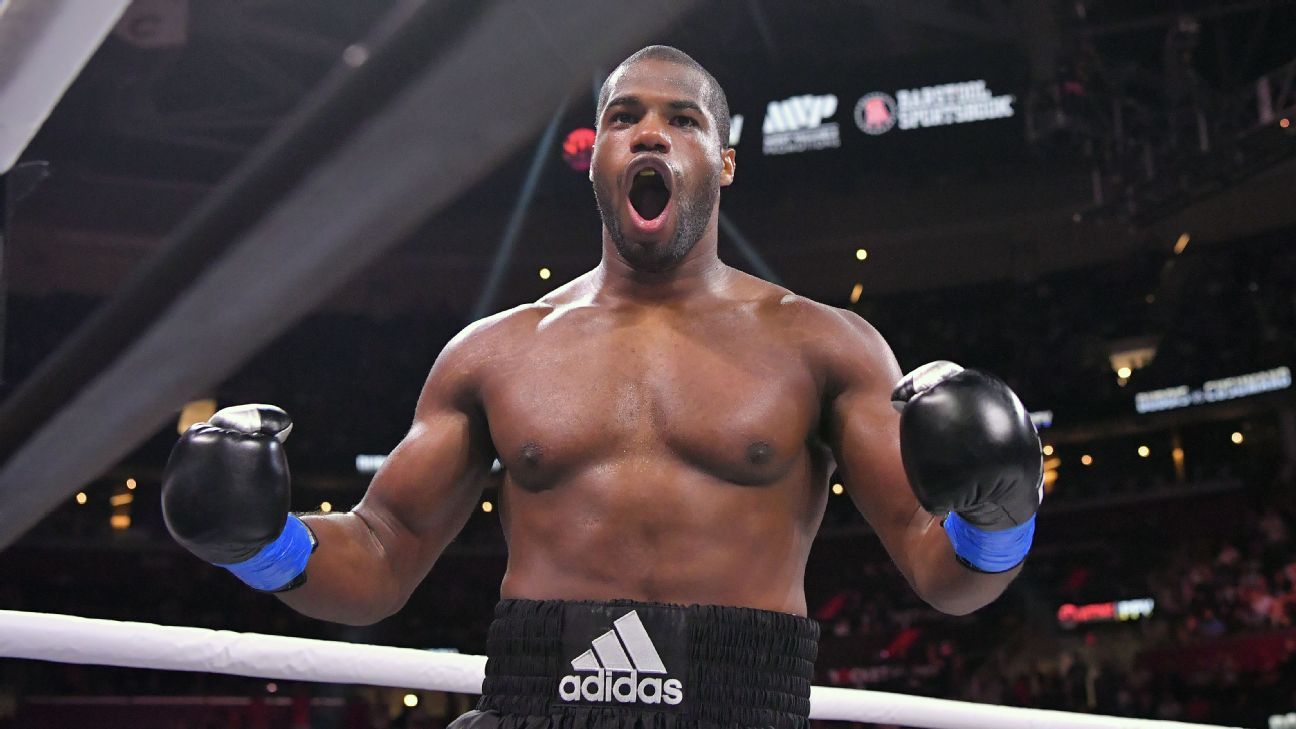 Daniel Dubois has said he believes Saturday’s fight against Kevin Lerena can be his launchpad into the “big league” of world heavyweight title boxing.

Dubois (18-1, 17 KOs), 25, will make a first defence of the WBA’s less prestigious version of the world heavyweight title when he faces South African Lerena (28-1, 14 KOs), 30, at the Tottenham Hotspur Stadium in London, England.

Dubois, whose fight against Lerena is chief support to WBC world heavyweight champion Tyson Fury’s title defence against Derek Chisora, said he hopes victory will set up a fight for one of the four major world title belts in 2023.

After recovering from a damaging stoppage defeat to Joe Joyce two years ago, recording three stoppage wins since, Dubois’ most realistic chance would seem to be for the WBA belt, one of three titles held by Oleksandr Usyk.

However, Dubois, from Greenwich in south London, is promoted by UK-based Queensberry Promotions, which also co-promotes Fury.

Fury has talked among many other things about his intention to face Usyk for all four belts in spring next year, but if that fight fails to happen in the same way Fury vs. Anthony Joshua evaporated in 2022, Dubois would be an easy fight to make for Fury.

“I’m looking to go to the big league and progress from this fight,” Dubois told ESPN. “I want to lay my mark down on this division and what ever [Lerena] brings I’m going to have to deal with it.

“If they want it, Usyk or Tyson, either one of them, I don’t mind who, Anthony Joshua and whoever, these are the fights I want. Having the WBA ‘regular’ title puts me right up there at the front of the queue. I’m No 1 ranked with the WBA, I’m doing it the right way.

“I just need to perform now, I’ve been out the ring a while, I need to get my career moving again.

“There are some big fights out there, I’m just outside the big league of Fury, AJ, Usyk, Deontay Wilder… These are the guys I want next and I’m fighting to get to that next level. I’m not really looking at who is behind me.

“I’m looking to step up to the plate, and demolish them.”

Dubois said he has improved since working with trainer Shane McGuigan after he suffered a broken eye socket in a 10th-round knockout loss to Joyce.

“I think I’m a different fighter since I’ve worked with Shane,” Dubois added.

“If me and Joyce fought now it would be a different story. I’ve matured, learned, got tougher and I’m more aware of the dangers that can happen in the ring. I know not to get too sucked into the moment.

“There was a lot of things that happened against Joyce — it was instruction and training before hand, and in the lead up to the fight, but I want to leave it in the past.

“I want to get that rematch and get my revenge, that was what really burned the fire and motivated me to get started again. I just need to keep winning until we meet again.”