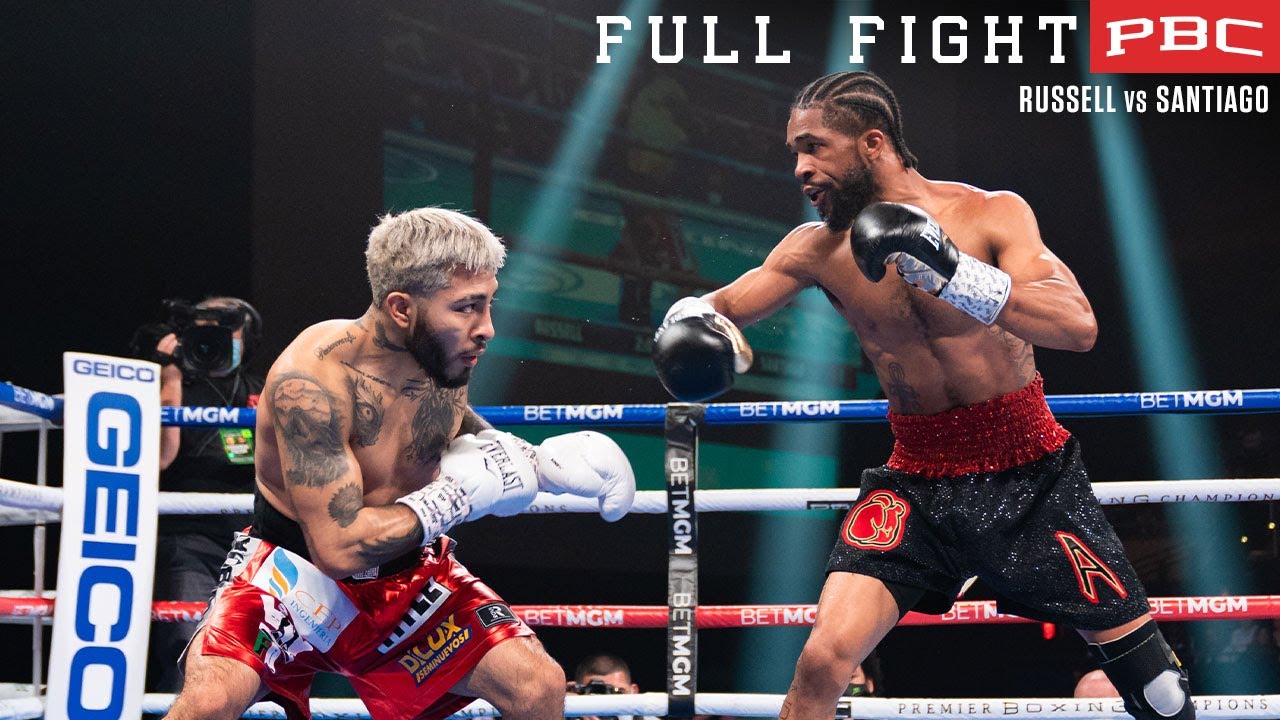 “I thought I won the fight and I thought I clearly out boxed him,” said Russell. “He was tough and tried to be rugged and aggressive. I had the headbutts from my last fight in the back of my mind, so I tried to keep it clean and get my rounds in.”

In a back-and-forth fight, Russell seemed to take the early lead with an effective jab and speed advantage that allowed him to land combinations from the southpaw stance. Russell out landed Santiago in each round across the first half of the fight, before Santiago began to turn the tide.

“It was a very close fight today,” said Santiago. “I have to press more to get the judges to see the fight in my favor. I saw in the beginning rounds that he was very repetitive. If I was more aggressive in the early rounds, I could have pulled off the win.”

“He was rough and he didn’t want to keep it clean, so I had to fight on the inside,” said Russell. “He’s a shorter fighter so I knew he was going to try his best to get on the inside against me.”

Throughout the middle rounds Santiago was able to close the distance and had success to the body, out landing Russell 51-23 in that department overall. With the contest in the balance, the final two rounds saw both men engage in toe-to-toe action looking for a blow to swing the bout in their favor.

After 10 rounds, Russell earned a narrow decision and remained unbeaten, with scores of 95-95 and 96-94 twice.

“I feel like I’m ready for the champions,” said Russell. “I’d love to fight John Riel Casimero for his belt. But I’ll fight any of the champions. People can look at this and say I’m not ready for the next step. But I know what I’m capable of.”