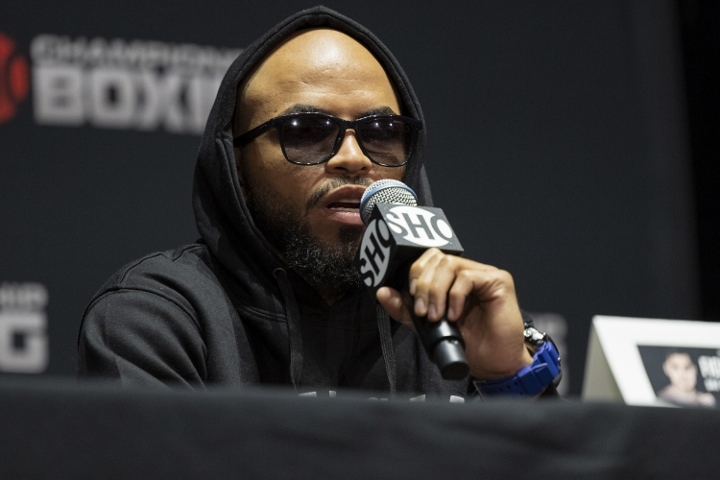 After a red hot 2022 campaign, Hector Luis Garcia plans on picking right back up where he left off in 2023. He takes on WBA world lightweight champion Gervonta “Tank” Davis on January 7th in a Showtime pay-per-view main event.  The event will take place in Washington, DC.

The 2016 Dominican Olympian scored a huge upset win over the previously undefeated Chris Colbert in February and followed that performance up with a dominant unanimous decision win over Roger Gutierrez in August to capture the WBA super featherweight title. The two victories have placed him in the conversation for Fighter of the Year.

“All of that stuff doesn’t matter. It is nothing new for me. It just makes me look better when I win,” said Garcia.

An agreement has already been reach for Davis to face bitter rival Ryan Garcia in Las Vegas in the spring. However, the agreement is contingent on both fighters winning “tuneup” bouts in January.

Hector Luis not only laughed off the notion of himself being a tune up fight but revealed that he plans on upsetting the apple cart. He plans on not only upsetting Davis but also being the one getting the big showdown against Ryan Garcia.

“I don’t care when they scheduled that fight but I am glad they already have it locked in. Once I take care of Davis it will be me fighting Ryan. Don’t be surprised and just sit back and watch,” Garcia told BoxingScene.com.