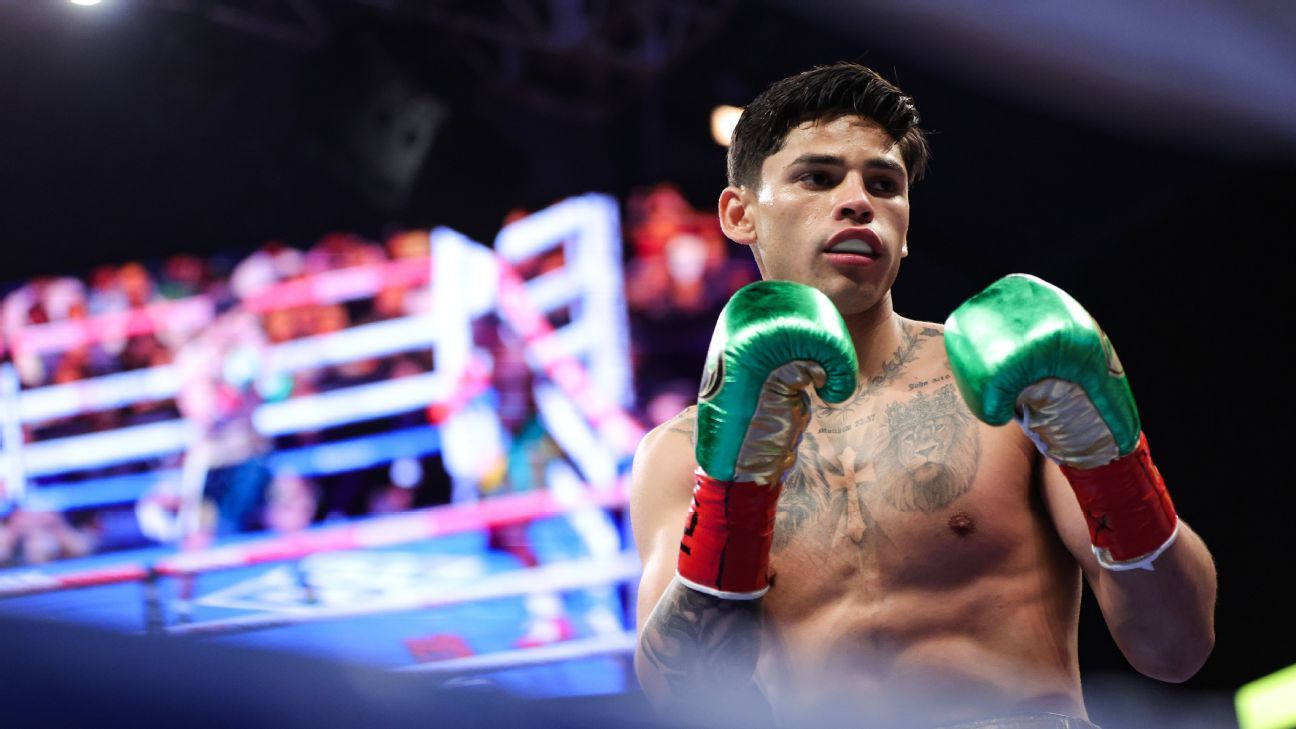 Ryan Garcia has decided to forgo a Jan. 28 junior welterweight tuneup bout against Mercito Gesta to focus on a planned April 15 superfight against Gervonta Davis at 136 pounds in Las Vegas.

The decision comes despite the fact Garcia and Gesta have signed contracts for a fight, sources told ESPN.

“Bring on Tank. SPARKING HIM OUT IN 2,” Garcia tweeted on Friday evening.

He added in a separate tweet: “Been thinking about it during the time they were figuring out this fight and I feel the fans and everyone who supports boxing have seen tune-ups already. It’s time we give the fans what they want. Also, [Davis] requested the tune-up, not me, so let him handle business.”

Garcia (23-0, 19 KOs) is referring to Davis’ Jan. 7 fight against Hector Luis Garcia in Washington, D.C. Garcia holds a title at 130 pounds but will meet Davis at 135. It’s a far tougher matchup than the interim fight Garcia signed for against Gesta, a journeyman who has won two of his past five bouts.

But now, Garcia will avoid the risk of injury and head straight into the long-awaited showdown with Davis, who must first defeat Hector Luis Garcia and emerge uninjured.

Garcia, 24, is one of the biggest stars in boxing, with nine million followers on Instagram. He picked up a pair of victories in 2022, both at 140 pounds, the same weight he was set to face Gesta at.

Garcia scored a unanimous-decision win over fringe contender Emmanuel Tagoe in April and followed with a sixth-round knockout over perennial contender Javier Fortuna.

Garcia, who fights out of the San Diego area, picked up his career-best victory in January 2021 after he survived a knockdown to stop Luke Campbell in the seventh round.

He didn’t fight the rest of 2021 after he withdrew from a fight with Fortuna to address his mental health then had to scrap a bout with Joseph Diaz Jr. due to wrist surgery.