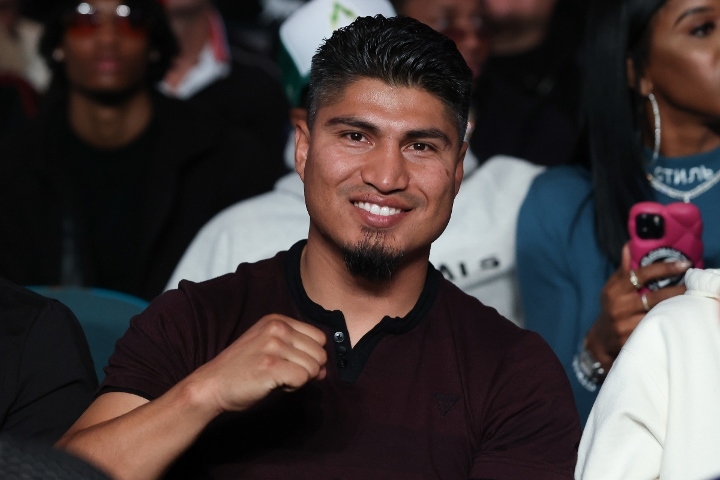 The boldness of Mikey Garcia was once loudly applauded. Viewed as a pound-for-pound luminary in his prime, Garcia, after spending the entirety of his career competing in the lower weight classes, brazenly decided to try his hand at 147 pounds. Greeting him at the welterweight door, of course, was current unified champion, Errol Spence Jr.

Though Garcia constantly stated that he “saw something” in Spence that would lead to his victory, the Mexican star was ultimately proven wrong. While he shrugged off the first defeat of his career by defeating former two-time titlist Jessie Vargas in his subsequent appearance, Garcia (40-2, 30 KOs) was left speechless following his upset loss at the hands of Sandor Martin.

Essentially, with yet another defeat saddled to his record, Garcia, on a whim, decided that his time in the squared circle had officially come to an end. On most occasions, fighters the caliber of Garcia have normally opted for a grandstanding announcement. Nevertheless, staying true to himself, Garcia simply changed his Instagram bio, placing the word “retired,” next to his long list of accomplishments.

While it was discreet and ambiguous, Garcia would later confirm his retirement. Fast forward more than one year later, however, and Garcia appears to be getting that infamous itch to return. His brother and famed trainer, Robert Garcia, wouldn’t go as far as to say that his brother will definitely step through the ropes again but he did admit that there’s a strong possibility.

Outside of Robert, Mikey has remained mostly mum on the likelihood of him making his return. But, just before deciding to hang up his gloves, Mikey perpetually mentioned his desire to become a five-divisional world champion, something he would have accomplished had he defeated Spence in 2019.

At this point, team Garcia has shown no interest in scouting the competition in anticipation of Mikey’s return. However, in addition to the 35-year-old thinking long and strong about making a return, Robert reveals that quietly, his brother has been attempting to round himself back into shape.

“He’s been back in the gym the past couple of weeks.”