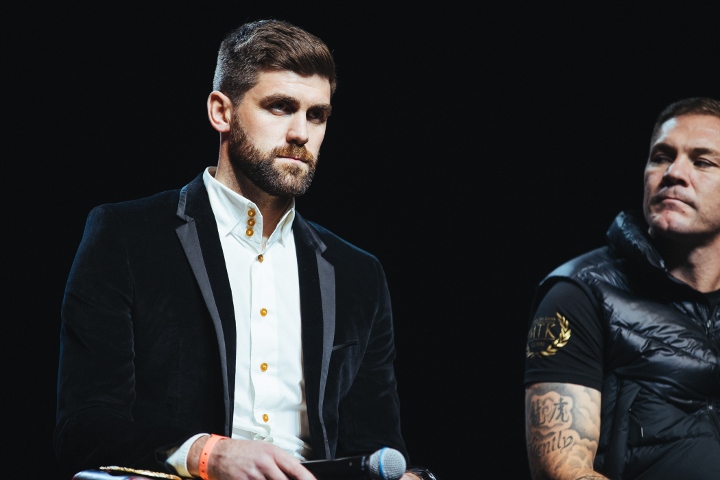 It is four years, almost to the day, since Rocky Fielding stepped into the ring at Madison Square Garden against Saul “Canelo” Alvarez, in what proved to be a painfully one-sided fight. Not much has been heard of the Liverpudlian since then but he is back this weekend, up at light-heavyweight, as he looks to launch himself back into world class.

At 35, plenty of people will have overlooked Fielding. It was 5½ years ago that Fielding won the British title at super-middleweight, with a split decision over John Ryder that looks a pretty good result now. In 32 fights, he has only lost to Canelo and Callum Smith. No surprise then that British light-heavyweight champion Dan Azeez holds no particular fears.

“The ambition now is to see what I can do at light-heavyweight,” Fielding said.

“I want to have a crack at the new weight. I’m still driving to the gym twice a day. I have been watching some of Tyson Fury’s interviews and I can sympathize. I had a few months sitting around and it was tough.

Fielding failed to make weight at Friday’s weigh-in, meaning he can’t become a two-weight British champion on Saturday in Bournemouth, but this fight was always more about the man he was in with, rather than the belt on offer. The unbeaten Azeez is only two years younger than Fielding but does not have anything like his experience.

“So here I am, on a good platform, back on Sky at a weight I am new to and this is a fight that will put me back on track. The guys above me in the rankings are all going for world titles, so if I get a good win, I am right back in the mix.”

The move up in weight was obviously needed, judging by Fielding on the scales on Friday, but it seems remarkable that the boxer who is well over 6ft ever made super-middleweight.

“As I get older, the weight gets a bit more difficult to shift, but I am feeling,” he said. “My last three opponents at light-heavyweight, I knocked out. The last guy I fought [Timo Laine] went the distance with Lerrone Richards and I got him out of there in three, so the power is there.

“I’ve had good sparring and I’m heavy handed. When I am landing in 16 oz gloves, I am feeling it right down my arm.”

He may have become something of a forgotten man, but Fielding feels being out of the limelight has suited him.

“Because of Covid and then I wasn’t fighting any marquee names, people might have forgotten me,” he said. “I’ve not gone missing. I was just sparring Badou Jack in Dubai not that long ago and they never had me back after the fourth spar, which was a sign I was doing well. I even offered to step up to cruiserweight to face him on the AJ-Usyk bill, that is how confident I was.

“I think the break did me the world of good. Ever since I turned professional I have always been chasing the next fight. But now I am here ready to see what I can do at light-heavy.”

Mike Tyson Taken To Court By Woman Claiming He Raped Her In Early 90s
BN Verdict: “Basic” Liam Smith does to Chris Eubank Jnr what nobody else has managed to do
LIVE Artur Beterbiev v Anthony Yarde Press Conference | JAN 26th 1PM | BT Sport Boxing
Dillian Whyte Wants Both Boxing, MMA Fight With Francis Ngannou: ‘I Would Bash Him’
Old School Values: Russ Anber and the importance of class