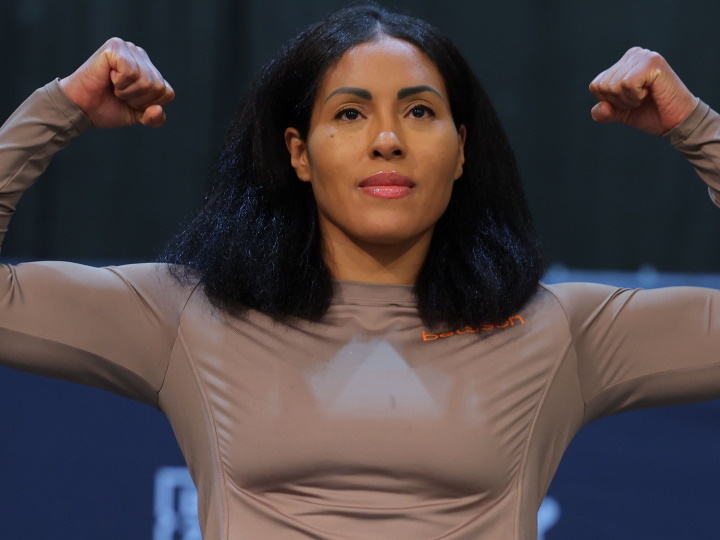 Cecilia Braekhus entered the ring for her first non-title fight in more than fourteen years.

The former undisputed welterweight champion ended the night with her first win since the pandemic, outpointing Argentina’s Marisa Joana Portillo over six rounds. All three judges scored the contest 60-54 in favor of Braekhus, who ended a 21-month ring hiatus with a fight that marked her junior middleweight debut in their DAZN opener Saturday evening at Commerce Casino & Hotel in Commerce, California.

Braekhus—a Colombian boxing legend who lives in Norway—hadn’t fought since her repeat loss to Jessica McCaskill in their March 2021 rematch in Dallas, Texas. Their first meeting saw the end of her record-setting welterweight championship reign, having lodged 25 successful defenses in a reign spanning more than eleven years including her becoming the sport’s first female boxer to fully unify all four major major titles in a division.

Saturday’s six-round fight with Portillo (19-16-3, 4KOs) was put together on late notice as means to get Braekhus back in the ring after a planned summertime title challenge in Colombia fell apart due to promotional issues. The 41-year-old former champion settled for a much-needed rust-shaker, fending off a scrappy Portillo over the course of their six-round affair.

Braekhus improved to 37-2 (9KOs) with the win, her first since a ten-round decision victory over Victoria Bustos in November 2019. The last time that Braekhus entered the ring without a major title at stake was in October 2018, just her tenth pro fight when she claimed an eight-round, unanimous decision victory. The last time that Braekhus fought in a scheduled six-rounder was in her eighth pro fight, which also happened to mark her US debut when she claimed a win in Hollywood, Florida.