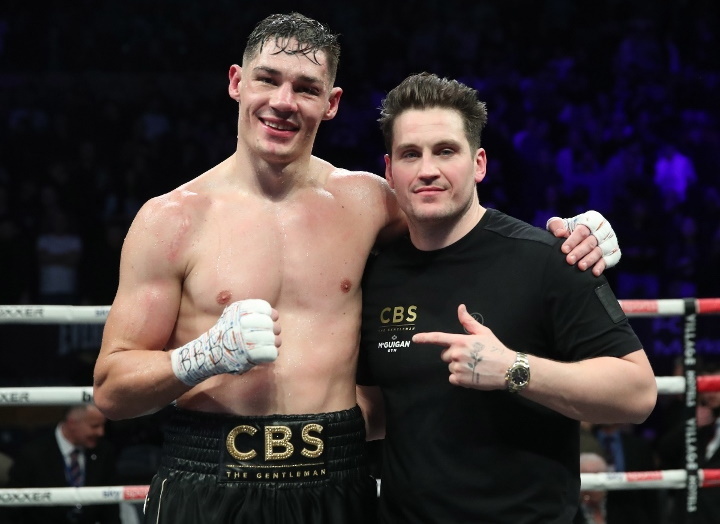 British cruiserweight Chris Billam-Smith delivered a brutal knockout one minute and 52 seconds into the 5th round of his fight against explosive Albanian Armend Xhoxhaj to solidify his claim to a world title shot in 2023.

Billam-Smith finished the fight with a vicious combination of punches that started with a perfect right uppercut that rocked Xhoxhaj and left him vulnerable to the flurry of formidable hooks that dropped him to the canvas and ended the fight.

“It was exactly what I thought it was going to be,” Billam-Smith said.

“I wasn’t switched on enough at the beginning and got caught with a few silly shots, but I got the job done, adapted, listened to the corner.

“Shane [McGuigan, his trainer] was saying sit down a little bit more, I started doing that, walked him onto a few shots and obviously hurt him and thankfully he’s OK.”

Xhoxhaj fought with speed and aggression from the very first bell, causing Billam-Smith some serious problems in the first two rounds of the fight where he landed a lot of power shots that more than earned Billam-Smith’s respect.

However, Billam-Smith remained calm and composed to start to take control of the fight from the 3rd round onwards, growing in success from then until the knockout that ended the fight.

Billam-Smith now looks set to challenge for the world championship in his next fight – with IBF champion Jai Opetaia.

“Jai Opetaia’s a great champion,” Billam-Smith said, “He beat the man, so now it’s my turn to beat the man.”

Promoter Ben Shalom of BOXXER will be working on finalizing that fight.

“We’ll be back in the summer at the stadium,” Shalom promised. “All the world champions want to fight in the UK and we’re going to see it.