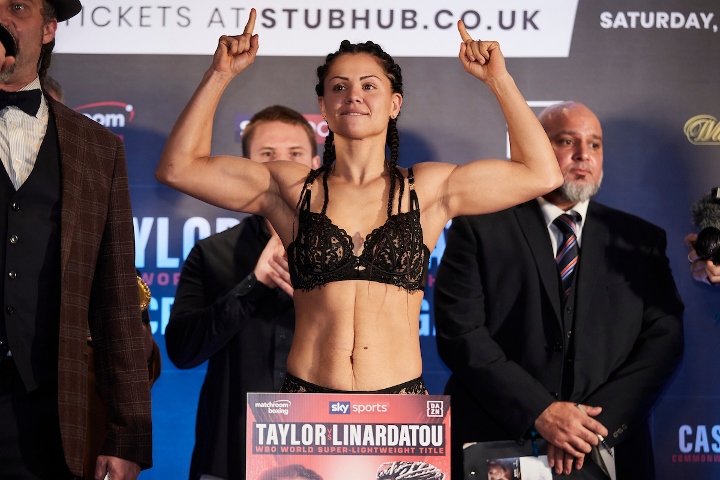 Former title challenger Viviane Obenauf was sentenced to 16 years in prison after being found guilty of murder.

Obenauf previously stood trial for the violent act, more than two years after she was placed under arrest in connection with the October 2020 death of her 61-year-old husband, who was only identified as “Thomas” due to Swiss protection law. The incident in question took place six days prior to the boxer’s 34th birthday, with a police investigation reporting that she struck her victim 19 times in the head with a baseball bat at their home in Interlaken, Switzerland.

Obenauf, now 36, was arrested in early December 2020 in connection with the brutal murder. The former boxer maintained her innocence throughout her arrest and the trial. Prosecutors were able to provide evidence beyond a reasonable doubt, including blood samples obtained from clothing worn by both Obenauf and the victim.

According to Swiss publication Blick, it was suggested during the trial that the couple was at odds over news of Obenauf’s pregnancy. The lukewarm reaction from Thomas to Obenauf carrying a baby through artificial insemination was believed to be the motive for the boxer’s senseless and brutal act.

Obenauf once represented her native Brazil in the Olympics as a gymnast before turning to boxing. She fought as a pro from 2014 through 2019, having relocated to Switzerland from Brazil upon retiring with a record of 14-6 (9KOs). She and Thomas—who owned Des Alpes restaurant in Lucerne—wed in January 2020 in Switzerland. Obenauf worked in the food and beverage industry after her retirement from boxing, though the sport remained a part of her life as she opened her own gym later that year.

A prior report from Blick at the time of Obenauf’s arrest in connection with this crime, revealed that she was previously arrested in a domestic dispute. The former contender was apprehended in a London nightclub after punching a male patron in retaliation to allegedly being groped during what was her 30th birthday celebration in October 2016. Obenauf was eventually released.

The same publication also quoted an ex-boyfriend of Obenauf whom alleged that the former boxer has a history of violence. The ex-boyfriend—a weightlifter at the time of their relationship—claimed that a drunken dispute between the two resulted in his being punched multiple times and his slapping her, though failing to specify or confirm the order of events.

Efforts to have Obenauf arrested and convicted in connection with that incident ended shortly after the passing of her mother.

During her pro career, Obenauf challenged the best of her generation. Her biggest achievement came in August 2018 when she scored a stunning 4th round knockout of 2012 Olympian and then-unbeaten Natasha Jonas, who has since unified three major titles in the 154-pound junior middleweight division.

The win came just one fight after a December 2017 sixth-round knockout defeat to Chantelle Cameron, who was 4-0 at the time but who has since emerged as the regining undisputed junior welterweight champion. Obenauf also previously suffered defeats to Katie Taylor—at the time in her second pro fight and well before becoming undisputed lightweight queen—and Ewa Brodnicka prior the Polish boxer would claim the WBO junior lightweight title.

Obenauf dropped a December 2018 unanimous decision to still-reigning IBF 130-pound titlist Maiva Hamadouche in her lone career title bid. She claimed a confidence-restoring six-round win in her adopted hometown of Interlaken in April 2019. The win was her last as a pro, which came seven months before a November 2019 lopsided points loss to Terri Harper, who was unbeaten and would capture the WBC junior lightweight title one fight later.