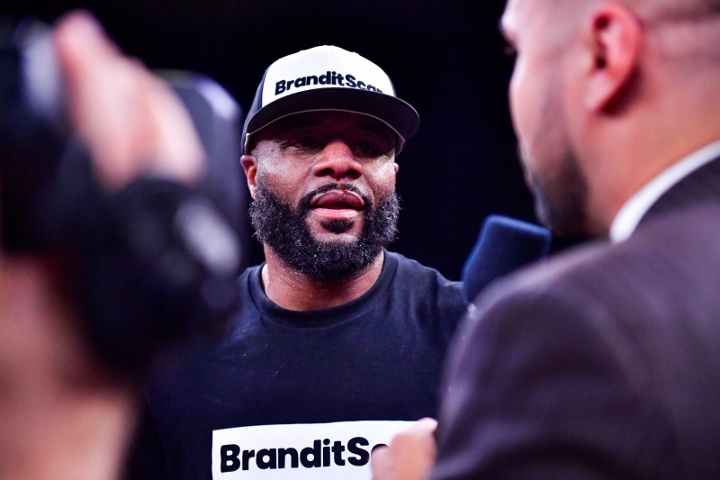 “Five years ago, most people in boxing wrote Jean Pascal off. Since then, his only loss was to Dmitry Bivol and he’s beaten Ahmed Elbiali, Marcus Browne, Badou Jack and Fanlong Meng as an underdog,” said Lou DiBella, President of DiBella Entertainment. “There is a lot of fight left in Jean Pascal, one of Canada’s all-time great fighters. He will prove that on February 9 against Michael Eifert, and secure yet another title shot in his illustrious career.”

Pascal is an Athens Olympian in 2004. He was WBC light heavyweight champion from 2009 to 2011, as well as WBA champion from 2019-2020. He has had 12 world title fights, the first in 2008 in England against Carl Froch and the last 11 years later in Atlanta against Badou Jack. During this period, he met all the best light heavyweights of his generation including Adrian Diaconu, Chad Dawson, Bernard Hopkins, Lucian Bute, Sergey Kovalev, Dmitry Bivol and set many records for ticket sales and pay-per-view, with Lucian Bute at the Bell Center in 2014 where more than 21,000 spectators attended the event. In his most recent fight last May in Florida, he edged undefeated IBF #1 contender Fanlong Meng (17-0) to set the stage for the championship eliminator against Eifert.

“Jean Pascal made his debut with us just a few months after the founding of GYM,” said GYM President Yvon Michel. “Since then, we have been involved in 36 of his 43 fights, including his last in Quebec in 2018. It is with great pride that we participate in this expected return to Quebec. According to a survey of Quebec boxing experts and amateurs, Champ Pascal has been chosen as the greatest Quebec boxer of the 21st century. On February 9, another page in its history will be written.”

Eifert, 24, lives in Magdeburg, Germany. A professional since 2018, he had his only loss by majority decision in 2020 against Tom Dzemski (14-0), a loss he avenged the following year while winning the IBF Youth and WBC Youth world titles. In his last fight, he captured the IBF Inter-Continental light heavyweight title against Italian Adriano Sperandio, which earned him a place in this title eliminator against Pascal.

Pascal said: “Major props to Lou DiBella, Yvon Michel and Greg Leon for making this happen. It’s been a long time coming, but I’m finally where I want to be, back home performing in front of my people. My fans have always been a major source of inspiration and their kind words have helped keep me going strong at 40 years young.

“It’s very important for me to give you guys a great show and, on February 9, that’s exactly what I’m going to do. Michael Eifert is a good, solid fighter and the final obstacle on my road back to the championship. I respect him like all my opponents, but it’s my intention to destroy him as quickly as possible.

“I don’t want to fight away from home again and taking care of business on February 9 is the best way to make sure I won’t have to.”